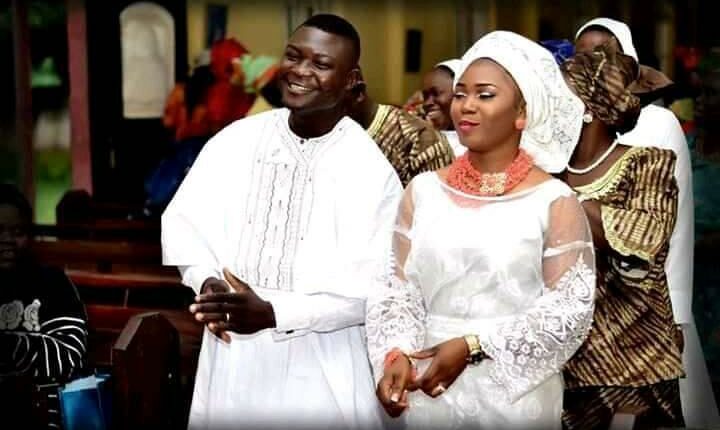 Suit or long gown does not make it marriage. It is important we know this. They are good, they look fine no doubt. But you will never understand how much people consider suit and long gown to be what make marriage until you attend a wedding in the village.

A poor man on his wedding day, had to go borrow oversized old suit. I have actually seen a bride using mosquito net as a veil flowing from her head to the ground, just so that the young girl standing behind her whom people called maid of honour could have something to hold. The gown she wore was oversized, looking like what was used in the 80s. She could not walk properly.

So I asked, what happened to those beautiful native clothes they have? Or better still, can’t the man simply wear a T-shirt and a pair of trousers. and the woman tie a simple wrapper? No! In their heads they do not see that as an option. Unfortunately, this is the mentality which most of us have.

Let me stress this, not using suit or long gown should never be understood as not being able to afford it. Let us free ourselves from this mentality.

Ring is just a symbol to remind the couples of the vows they took. It must not even be ring. I have joined some couples without any ring. And the marriage is valid.

What then makes a marriage?

The vows or CONSENT that the man and woman express to each other, to take each other as husband and wife, to love and to cherish at all times, and to be faithful till death separates them.

This is the essence of marriage, but people take this vows without even knowing the deep meaning and implications of what they are saying.

Of course, prior to this, the couples would have been prepared and taught to understand what marriage is, and the fact that it is a sacrament. Since it is a public act, the community will also be consulted to express what they feel about the man and woman before the wedding. This is what is called marriage banns.

See also  Michael Ebonhor: Robbers Plucked Out My Eyes Because I Had No Money

Like I said yesterday, if all things have been certain that both parties (man and woman) are truly ready for marriage, the marriage rite can be fused into the wedding we all call “traditional wedding”. It is the same people of God and their minister. And the church is the people of God and not necessarily the building.

For those who asked about mass, the mass is important no doubt, but almost all the sacraments can be celebrated outside the mass except the sacrament of the Holy Eucharist itself and that of Holy Order (because of it’s nature). That the sacrament is done outside mass, does not make it less of a sacrament if it is done with the mind of the church.

The church laws already have made things simple so that people can have enough time to reflect on the real essence of marriage and be happy to marry. Stop killing yourself by yourself to meet up with the standard the world keep setting for you everyday even when they don’t know your pocket.