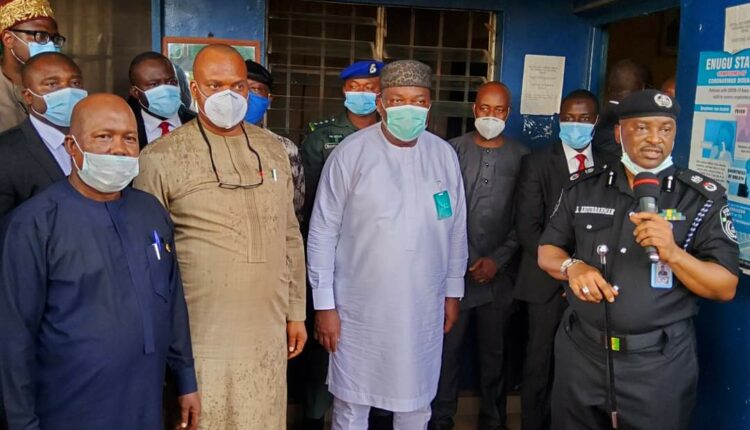 In a bid to further demonstrate his support for the ongoing #EndSARS protest, Enugu State Governor, Rt. Hon. Ifeanyi Ugwuanyi on Monday visited the defunct office of the Special Anti-Robbery Squad (SARS) unit of the Nigeria Police Force in Enugu.

The visit was to confirm that the facility has been closed in compliance with the Federal Government’s directives based on the demands of the protesting youth against SARS brutality in the country. 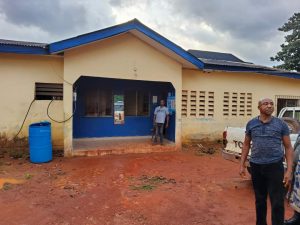 The governor who was accompanied by the State Attorney General and Commissioner for Justice, Mr Miletus Eze and his Information counterpart, Nnanyelugo Chidi Aroh, was received by the State Commissioner of Police, CP Ahmad Abdurrahman, who took him around the facilities including the empty cells.

Speaking, the Commissioner of Police confirmed to the governor that the SARS unit has been closed accordingly and the eleven detained suspects evacuated from the cells, saying: “Today, we don’t have SARS in Enugu.”

Eze disclosed that the Judicial Panel of Inquiry recently constituted by Gov Ugwuanyi to investigate complaints of police brutality or related extrajudicial killings, as demanded by the protesters, will be inaugurated on Wednesday.

All rights reserved. This post: 'Ugwuanyi visits defunct SARS office to confirm closure' and other digital content on this website, may not be reproduced, published, broadcast, rewritten or redistributed in whole or in part without prior express written permission from Anambra City News.