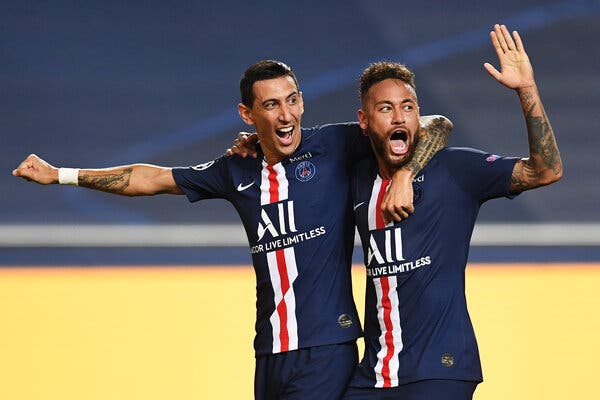 *** to play Bayern or Lyon in final

Paris St-Germain are through to their first Champions League final courtesy of a deserved victory over RB Leipzig in an entertaining semi-final in Lisbon. 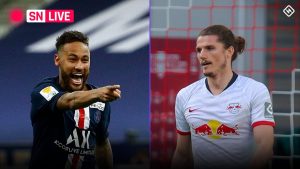 One of Europe’s biggest spenders, but also one of the continent’s most high-profile underachievers on the grandest stage, PSG finally seized their opportunity courtesy of goals from Marquinhos, Angel di Maria and Juan Bernat. 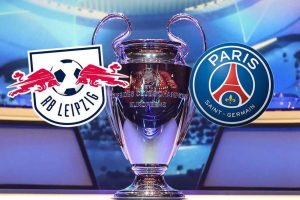 The former, who scored the first of two late goals in a comeback win over Atalanta in the last eight, rose to head home a superbly delivered free-kick from Di Maria.

The Argentine forward then finished well from close range following an audacious flick from Neymar after Leipzig goalkeeper Peter Gulacsi had relinquished possession with a dire kick.

With the fit again Kylian Mbappe and Neymar terrorising the Leipzig backline, the French side should have been out of sight before the break, but the latter twice hit the post – from a clipped finish and then an opportunist free-kick from range – before side-footing another chance wide at the near post. 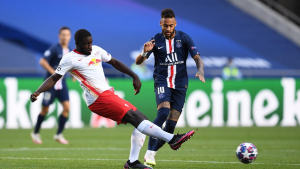 Prior to PSG’s second, Yussuf Poulsen had Leipzig’s best chance but fired wide after he was found by a Dani Olmo pull-back.

Bernat sealed the win in the second half with a header that Leipzig felt was offside but was legitimate as the prone Nordi Mukiele, who had slipped in the build-up, was playing the scorer onside.

PSG will find out who they face in Sunday’s final when five-time winners Bayern Munich play Lyon in the other semi-final on Wednesday.

All rights reserved. This post: 'Ruthless PSG reach first Champions League Final' and other digital content on this website, may not be reproduced, published, broadcast, rewritten or redistributed in whole or in part without prior express written permission from Anambra City News.