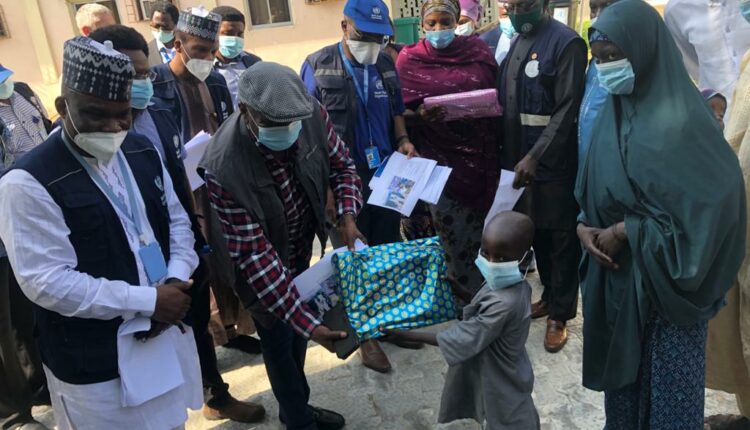 Parents of the child last infected by poliomyelitis in Africa on Friday counseled other parents to bring their children out for immunization.

Speaking in Maiduguri on Friday when the child (Modu Busami, 5 years old) was presented gifts by the World Health Organisation and Borno State Government, the mother (Aisha Kolo) said they were unable to get the child timely immunized because of the activities of Boko Haram. 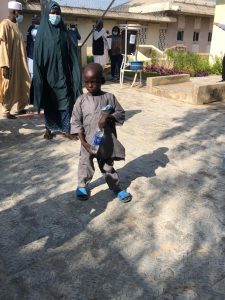 Busami said the child begun to develop the symptom at two years old but because they did not have an idea of what to do, they were giving him loca herbs.

She lamented that the case was compounded by the fact that they were holed up in their village and could not access modern health facilities in Monguno until they were liberated from the insurgents.

She said: “It was until when we moved to Monguno that we were told of the severity of Modu’s case and we made him available for treatment.”

She added when we got to Monguno that the WHO officials in the town after examining Modu informed them that it was a case of polio. She added that at the initial stage the boy could not walk, but with the medication administered on him at the camp in Monguno, he now walks.

All rights reserved. This post: 'Parents of last polio infected child counsel parents on immunization' and other digital content on this website, may not be reproduced, published, broadcast, rewritten or redistributed in whole or in part without prior express written permission from Anambra City News.