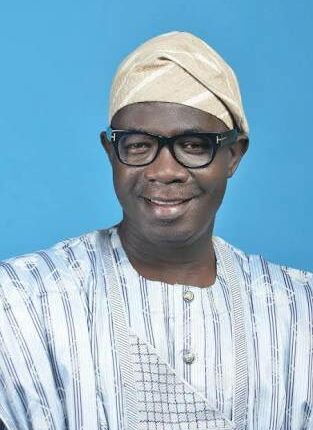 After a period of ding-dong,  Ondo State Deputy Governor, Mr Agboola Ajayi has finally decided to resign from the Peoples Democratic Party (PDP) this week, Daily Tracker checks have revealed.

The deputy governor is said to have concluded arrangements for his defection with the leadership of the Zenith Labour Party, (ZLP).

The state Publicity Secretary of the ZLP, Mr Felix Olatunde, confirmed the development.

Ajayi had in the build-up to the Governorship primary election of the PDP left the All Progressives Congress in June. However, after losing the PDP primary to Mr Eyitayo Jegede, the deputy governor has decided to defect once more in order to realise his ambition of becoming the governor of Ondo state.

He was said to have been adopted as the standard bearer of the ZLP in the forthcoming governorship election.
A reliable source confirmed that Ajay would first resign his membership of the PDP before he formerly joins the ZLP.

“He (Ajayi) will go to his ward to resign from the PDP and he will join the ZLP immediately. Everything will be done this week. The plan has been completed.”

The source added that the leadership of the ZLP was already fine-tuning the name replacement with the Independent National Electoral Commission so that Ajayi’s name would be registered as its candidate in the October 10 governorship election.