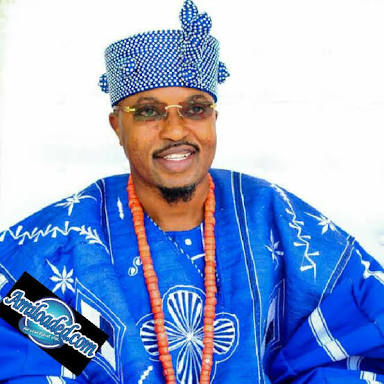 Iwo kingmakers have petitioned Governor Gboyega Oyetola of Osun State to remove their monarch, Abdulrasheed Adewale Akanbi, the Oluwo of Iwoland, over his alleged concealed criminal past.
They alleged that Oba Akanbi was convicted in the United States in 1998, and Canada, between 2006 to 2007.
According to the petition,the alleged concealed criminal past of the monarch disqualifies him from continuing to occupy the stool.
According to the concerned kingmakers, Oluwo Akanbi concealed his conviction for securities fraud by a United States of America District court – the US District of Massachusetts.
They added that the court convicted him for 15 months imprisonment, and barred him from entering the US for life. He was allegedly deported back to Nigeria after serving the jail term.
The kingmakers also alleged that Oba Akanbi migrated to Canada in the year 2000 and obtained Canadian citizenship where he was again convicted for another crime.
They said, “however, on the 21st March, 2011 at Peace Bridge Port Entry Buffalo New York, United States, the present Oluwo attempted to enter United States despite being barred for life from entry as a result of 1998 conviction. He was promptly arrested by Custom and Border Protection Officer. A background check was conducted on him which revealed more things.
According to the petition,the “He was the driver of the vehicle bearing Nova Scotia licence plate. He provided Canadian passport as proof of identity.
The passport bear his photo and listed his name as Prince Adewale Akanbi.”
“The Custom and Border Protection Officer (CBPO), named Fudelia, conducted a CBP Database queries on Oluwo and discovered that Prince Akanbi had criminal conviction in Canada.
“The CBPO conducted biometric fingerprint on Oluwo’s fingerprints. The scoms revealed a positive match under FBI number and other file number. The name associated with those records was Segun Adewale Adeonigbagbe

All rights reserved. This post: 'Kingmakers ask Osun Governor to dethrone Oluwo for alleged criminal record' and other digital content on this website, may not be reproduced, published, broadcast, rewritten or redistributed in whole or in part without prior express written permission from Anambra City News.