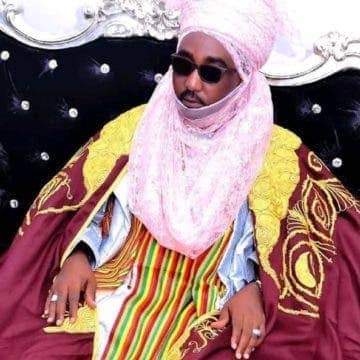 The Kaduna State Government on Wednesday announced the appointment of Alhaji Ahmed Nuhu Bamalli as the 19th Emir of Zazzau.

He succeeds Alhaji Shehu Idris who died on Sunday, 20th September, after reigning for 45 years.Ambassador Ahmad Nuhu Bamalli is a direct descendant of Mallam Musa Bamalli, the flag-bearer and first Fulani Emir of Zazzau who ruled from 1804 to 1821.
His father, H.E. Nuhu Bamalli, held the position of Magajin Gari – the second most important princely title in the Zazzau Emirate – for 40 years.
Alhaji Bamalli is the first emir from the Mallawa ruling house in 100 years following the demise in 1920 of his grandfather, Emir Dan Sidi.Mallam Ahmad Nuhu Bamalli acted in the capacity of Magajin Gari, representing his father in public functions for twenty years. He was officially appointed to the position in 2001, following his father’s passing.From his mother’s side, he is a direct descendant of the Islamic Scholar and founder of the Fulani empire, Usman Danfodio.
His mother is the daughter of Abdulrahman Dikko, and the great-granddaughter of Sultan Aliyu Babba and Sultan Muhammadu Bello, as well as Shehu Usman Danfodio.
He is currently the leader of the Mallawa dynasty.
Born in 1966, Alhaji Bamali studied Law at the Ahmadu Bello University, Zaria. He holds a Masters degree in International Relations and Diplomacy and a Diploma in organisational leadership from Oxford University, UK. He is also a fellow on conflict resolution of the University of York, United Kingdom.
The state governor, Malam Nasir, el-Rufai, while congratulating the new traditional ruler on his appointment, wished him a successful and peaceful reign.

READ ALSO  #EndSARS: ActionAid calls on Buhari to address the nation and stop the looming anarchy

All rights reserved. This post: 'JUST IN: Kaduna govt names Nuhu Bamalli new Emir of Zazzau' and other digital content on this website, may not be reproduced, published, broadcast, rewritten or redistributed in whole or in part without prior express written permission from Anambra City News.