Just in: I’ve not defected to APC, Umahi declares 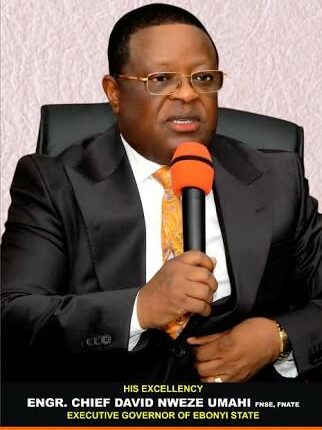 Governor Dave Umahi of Ebonyi State has denied media reports that he has dumped the Peoples Democratic Party (PDP) for the All Progressives Congress (APC).

A member of the House of Representatives from Ebonyi State, Hon. Chinedu Ogah had earlier on Saturday claimed that the governor had defected to the APC.

Ogah who is the lone APC federal lawmaker from Ebonyi State also went ahead commend the governor for defecting to APC.

Accordimg to him, Umahi defected to the APC after meeting several leaders of the party including President Muhammadu Buhari.

He described it as a bold step and move in the right direction and went ahead to ask Governors of Abia, Enugu and Anambra to join the APC for stability in the polity and south east.

“Yes, Governor Umahi’s defection to our great party, APC is a step in the right direction. We cannot afford to remain in opposition. We must join the ruling party to continue to reap the dividends of democracy.

“I am calling on other Governor in south east to toe the line of Governor Umahi and join APC. We have to be at the center, we have to join mainstream politics for overall development of our zone and the country in general.

“President Muhammadu Buhari has done well. Everybody should join the APC to encourage him”, Ogah said.

But when contacted, Governor Umahi simply said “it’s not true”.

See also  Why I was invited by DSS by Na’Abba
Untitled Document
Post Views: 6