All is now set for Saturday’s Heads Up FA Cup final between Chelsea and Arsenal at Wembley.

The 139th FA Cup final kicks off at 17:30 BST at Wembley and has been named the Heads Up FA Cup final to raise mental health awareness.

Arsenal’s Mikel Arteta and Chelsea’s Frank Lampard are both aiming to win first trophies as managers. 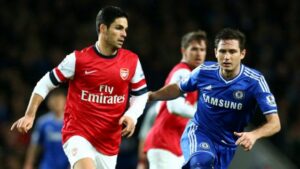 But Lampard says his side “cannot cruise” into the finals as he wants his lads to feel pressured.

Arsenal are however excited about Saturday’s Heads Up final against Chelsea because the players want to “save our season”, says Alexandre Lacazette.

The Gunners, who have won a record 13 FA Cups, finished eighth in the Premier League and will not qualify for the Europa League if they lose at Wembley.

“We missed a few of our targets,” said France striker Lacazette, 29.

Lacazette added: “It’s been a weird year. We had the long stop, we changed manager [Arteta replaced Unai Emery in December], had different players.

“It was a difficult season, maybe the most difficult in my career, but I know I learned a lot. The FA Cup means a lot. I came to Arsenal to win trophies.” 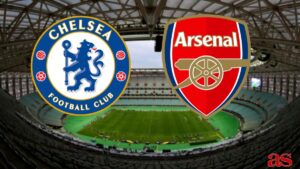 Meanwhile, Blues boss Lampard has backed winger Willian to produce another “fantastic” performance in the final game before the Brazilian’s deal runs out.

“So I would expect nothing less than he’s shown already, and that’s Willian for you.” 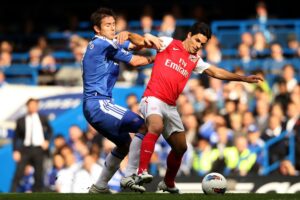 The Blues have already qualified for next season’s Champions League by finishing fourth in the Premier League behind Manchester United.

Lampard told BBC Football Focus: “I’ve heard how there’s more on this game for Arsenal, and that idea worries me.

“We must put ourselves under pressure. This is a huge game for Chelsea.”

Despite knowing they will be playing in Europe’s elite club competition in 2020-21, Lampard – who won the FA Cup four times as a Chelsea player – says his squad must feel the pressure to deliver trophies to Stamford Bridge.

“It worries me that we as a club, as a team, think we achieved something last week by finishing in the top four,” said the 42-year-old former England midfielder.

“We are happy with that but that’s gone now. We don’t consider what it means for Arsenal – we want to win the match.

“I’ve been in this game a fairly short time but I’ve played for many years and I know what I want the feeling to be around a final. It needs to be pressured; we need to be on edge. We cannot cruise into a final. You lose them that way.

“The feeling of losing as a manager is worse than as a player because you take on more responsibility – but the feeling of winning is better.”

Enugu begins decontamination of schools ahead of resumption