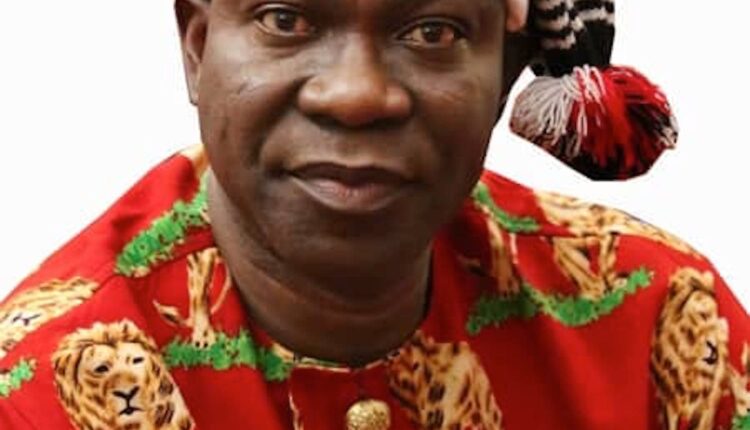 The former deputy president of the Senate and Senator Representing Enugu West Senatorial District, Senator Ike Ekweremadu says he remains committed to the delivery of genuine democracy dividends to his constituents.

The lawmaker said he would continue to work closely with the two members of the House of Representatives in his constituency, including the Deputy Minority Leader, Hon Tobi  Okechukwu  and Hon Denis Amadi to ensure that Enugu West senatorial district received the best form of representation.

He used the opportunity to assure the people that all projects attracted to his constituency will be completed in record time.

The Senator called on his constituents to be patient with government as efforts will be made to ensure that life enhancing projects will get to all the communities within his constituency.

“I want to call on communities in Enugu West Senatorial District to be patient with Government and members of the National Assembly. Our commitment to service is unwavering. We will make efforts to ensure that no community is left out in our determination to attract life enhancing projects to you.

“By the grace of God, we will touch as many communities that we can, within the limited period and resources available,” he said.

The former Speaker of  ECOWAS Parliament applauded the State Government for collaborating with members of the National Assembly in the State  in providing infrastructural projects, which he described as a testament of the close relationship between the State and National Assembly members.

Senator Ekweremadu stated that such relationship connects the people, arguing that those developmental projects are economic corridors that connect and empower the people.

He said “We shall continue to lead by example. Supporting our young people to emulate our footsteps by building an enduring relationship among themselves like the State Government and members of the National Assembly in the State,  which has created economic corridors that has connected and empowered our people in terms of good roads, water and electricity”.

He also commended his aides and most of the contractors for their commitment towards the success recorded in most of the project sites visited and assured the people that the “Water for all project” will redouble its efforts towards ensuring that potable water gets to as many people as possible.

Ekweremadu used the tour to call on the federal government to consult the people before siting any project as most projects fail because of wrong locations.

Okechukwu said “our mission in politics is to serve our people, show them love, therefore we urge you to maintain and manage all completed projects “.

He appreciated Senator Ekweremadu for the efforts he puts in to improve the quality of life of constituents and argued that it is an evidence of his great leadership style.