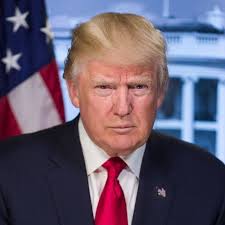 President Donald Trump has “continued to improve” as he is treated for Covid-19 at a military hospital near Washington, his doctors said Sunday, adding that he could be discharged as early as Monday.

In a briefing outside Walter Reed medical center, they said Trump’s oxygen levels had briefly dropped twice in recent days and that he is being treated with steroids, while continuing to provide an upbeat assessment of the 74-year-old’s health and outlook.

“The president has continued to improve,” said his White House physician, Sean Conley. “As with any illness, there are frequent ups and downs over the course.”

Conley said the president was flown to Walter Reed on Friday after a “rapid progression” of his illness, with his oxygen levels dropping worryingly low.

He received supplementary oxygen at the White House, where he had been running a high fever, before being admitted.

Brian Garibaldi, another of Trump’s doctors, said the president had been “up and around” and was feeling well.

“Our plan for today is to have him eat and drink, be up out of bed as much as possible, to be mobile,” Garibaldi said.

“And, if he continues to look and feel as well as he does today, our hope is that we can plan a discharge as earlier as tomorrow to the White House where he can continue his treatment course.”

The medical updates have come regularly but questions remain over how bad his fever became, when he last tested negative, the circumstances of his infection — and the longer-term prognosis.

With a tough election campaign against Democratic rival Joe Biden in its final month, Trump and his advisors have done their best to project a sense of continuity.

The president has resumed making calls and tweeting from hospital. He posted a video Saturday from the business suite in the hospital, saying he was improving and would be “back soon.”

On Sunday, his deputy campaign manager Jason Miller told ABC he had spoken to Trump for a half-hour Saturday and that the president was “cracking jokes.”

National security advisor Robert O’Brien told CBS any discussion of a potential transfer of power to Vice President Mike Pence — as happened when other presidents underwent surgery or were sedated — was “not something that’s on the table” for now.

Pence has been close to some of those testing positive but says he has regularly tested negative. As Trump has had to freeze or rework his campaign, the vice president is continuing a busy schedule of appearances.

But controversy has been mounting over the progression of the president’s illness — and whether he might have exposed dozens of others to Covid-19 even after a close aide tested positive.

A timeline provided by Trump’s advisors and doctors suggested he met more than 30 donors on Thursday in Bedminster, New Jersey even after learning that Hope Hicks had Covid-19 — and just hours before he announced his own positive test.

There were more than 200 people at the fundraiser and a contact-tracing operation underway in New Jersey is looking at potentially thousands of people who may have been exposed.

All this came in a week when one poll — taken in the two days after a bruising presidential debate with Biden but before news emerged of Trump’s illness — showed his approval rating hitting a low point for the year.

News of Trump’s hospitalization has drawn widespread sympathy but also fueled a sense among some that he was paying a price for months of consistently downplaying the severity of the pandemic.

He mocked Biden’s mask-wearing during their debate Tuesday, even as Trump family members in the audience violated rules requiring masks.

“You can’t just say we need to do something but we’re going to let the virus run free. Now it has even run free in the White House,” House Speaker Nancy Pelosi told CBS.

Dozens of supporters have gathered outside the hospital, many waving pro-Trump placards and banners.

White House Chief of Staff Mark Meadows said Saturday that Trump’s condition had aides worried on Friday, but that he had since improved.

He added that there was never a risk Trump would have to hand power to Pence.

As well as Hicks, numerous White House insiders and at least three Republican senators have tested positive, along with First Lady Melania Trump, who has not experience severe symptoms.

Public health experts have expressed alarm at the “White House cluster,” which has been linked to the September 26 Rose Garden celebration of conservative judge Amy Coney Barrett’s nomination to the Supreme Court.

Democrats have called for Barrett’s Senate confirmation hearings to be postponed, but Judiciary Committee chair Senator Lindsey Graham said they would go ahead.

Biden, who has recently tested negative, has made Trump’s frequent downplaying of the Covid-19 crisis and mixed messaging on mask-wearing a central campaign theme.

With almost 210,000 coronavirus deaths in the US and Trump now laid low, the president has been unable to change the conversation ahead of the November 3 election.

All rights reserved. This post: 'COVID-19: Despite Oxygen drop, Trump may be discharged Monday says Doctor' and other digital content on this website, may not be reproduced, published, broadcast, rewritten or redistributed in whole or in part without prior express written permission from Anambra City News.