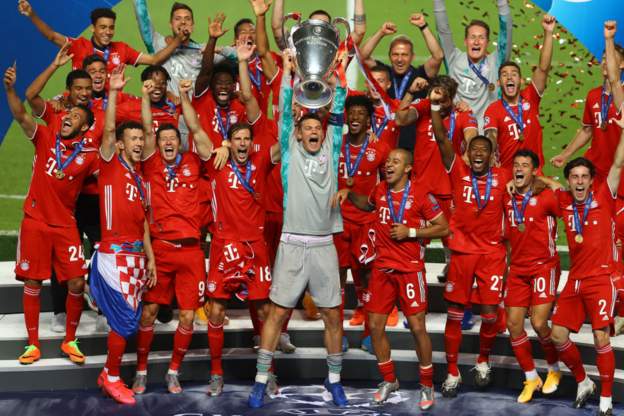 A 59th minute header from Kingsley Coman was enough to give Bayern Munich their sixth European Champions League trophy.

With the header at the far post from Joshua Kimmich’s cross, the Bundesliga champions overcame Paris St-Germain in a tightly contested final in Lisbon to claim the crown. 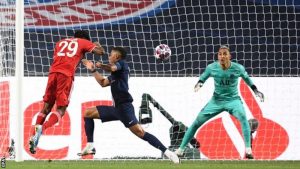 By the this, the French giants’ search for the elusive Champions League triumph has been extended to yet another season, no thanks to Coman who started his career at PSG.

It was a night of joy for Bayern coach Hansi Flick, who added the Champions League to the Bundesliga after initially taking over as interim coach from sacked Niko Kovac in November.

In contrast, it was a night of bitter disappointment for PSG’s two attacking superstars Neymar and Kylian Mbappe, who failed to produce their best and found themselves frustrated by Bayern keeper and man of the match Manuel Neuer when they had the best of the first-half chances. 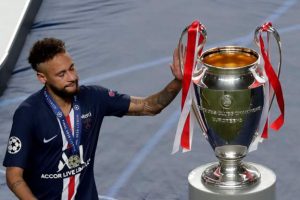 Mbappe’s pain increased in the second half when he looked to be tripped by Kimmich in the area, but PSG’s penalty claims were ignored – leaving Bayern to celebrate being crowned champions of Europe once more, becoming the first team to win the trophy by winning every Champions League game in a single campaign.

All rights reserved. This post: 'Bayern beat PSG to win sixth Champions League trophy' and other digital content on this website, may not be reproduced, published, broadcast, rewritten or redistributed in whole or in part without prior express written permission from Anambra City News.