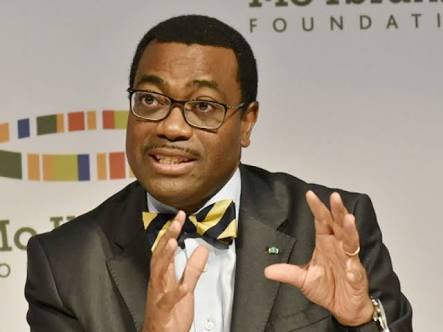 An independent panel has backed an internal African Development Bank probe that found no evidence to support allegations of favoritism by its president, Akinwumi Adesina, paving the way for his re-election to run the continent’s biggest multilateral lender for another five years.

The panel led by former Irish President Mary Robinson said it was “satisfied” with the findings of a bank probe initiated after unidentified whistle-blower accused Adesina of handing contracts to acquaintances and appointing relatives to strategic positions in the Abidjan-based lender, according to a document seen by Bloomberg.

“The panel concurs with the findings in respect of all the allegations against the President and finds that they were properly considered and dismissed by the committee,” it wrote in the document dated July 27.

The panel’s setup stems from a compromise reached after bank shareholders led by the U.S. and including several non-regional member states called for an independent review of the internal probe.

The AfDB is owned by 54 nations on the continent and 27 other countries. The U.S. holds the largest stake after Nigeria, the home country of Adesina, who is the only candidate up for election at an annual meeting expected to hold next month.

The 60-year-old bank chief had repeatedly denied the allegations and said in a May 27 statement that “fair, transparent and just processes” would confirm his innocence.

The bank’s ethics committee had dismissed much of the complaints in an April 26 report on the basis that the whistleblowers did not provide evidence to back them.

“It appears to us to be an undue burden to expect the holder of high office in an international organization, to prove a negative, in the absence of sufficient grounds,” the independent panel wrote.