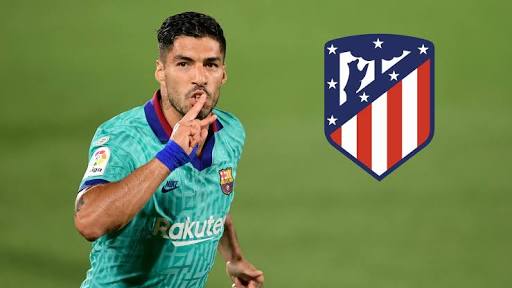 Luis Suarez scored twice and set up another on his Atletico Madrid debut against Granada despite only coming on in the 70th minute.

Atleti were 3-0 up through goals from Diego Costa, Angel Correa and Joao Felix when the signing from Barcelona came on.

He was only on the pitch for two minutes when he fed Marcos Llorente to score.

Suarez then headed in from a Llorente cross and scored Atleti’s sixth.

That effort came from a rebound after his initial shot hit the post. Jorge Molina had scored for Granada in between Suarez’s double.‎

Suarez, 33, completed his move on a two-year deal on Friday. He is Barcelona’s third highest goalscorer ever with 198 goals in 283 appearances across six years.

He becomes the first Atletico Madrid debutant to score twice – and the first to score and assist on his La Liga debut for the club this century.‎

All rights reserved. This post: 'Suarez scores twice on Atletico debut ‎' and other digital content on this website, may not be reproduced, published, broadcast, rewritten or redistributed in whole or in part without prior express written permission from Anambra City News.