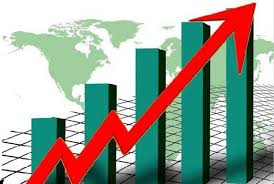 The National Bureau of Statistics (NBS) says the country’s rate of inflation rose to 12.82 per cent in the month of July 2020, the highest ever recorded for the past 27 months.

Inflation is measured by the country’s Consumer Price Index,

In its July 2020 CPI and Inflation report released on Monday, the NBS explained that the latest increase represents 0.26 per cent points higher than the rate recorded in June 2020, which was 12.56 per cent.

Nigeria’s inflation rate has been on the increase since the beginning of this year.

In its latest report, the bureau stated that in July, increases were recorded in all Classification of Individual Consumption by Purpose divisions that yielded the headline index.

“The corresponding 12-month year-on-year average percentage change for the urban index was 12.66 per cent in July 2020,” the bureau stated.

All rights reserved. This post: 'Nigeria’s inflation hits 12.82% in July says NBS' and other digital content on this website, may not be reproduced, published, broadcast, rewritten or redistributed in whole or in part without prior express written permission from Anambra City News.