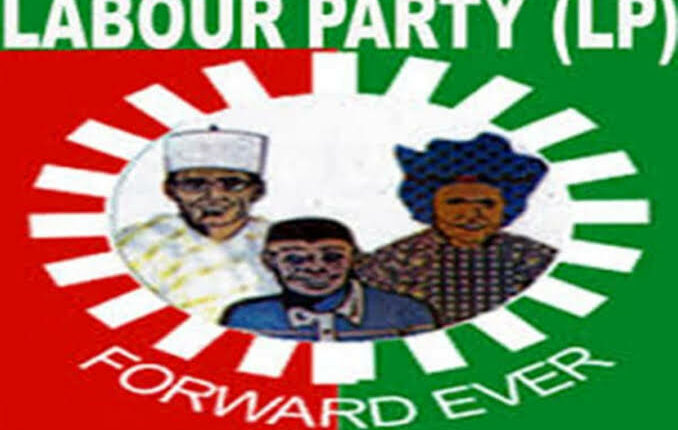 The Labour Party in Edo State has berated the Minister of Justice and Attorney General of the Federation, Abubakar Malami, for backing the All Progressives Congress (APC) in their attempt to unleash mayhem on the people of Edo State and dubiously take over governance of the state.

In a statement, the party condemned in strong terms, comments by leader of the APC, Bola Ahmed Tinubu, supporting the actions of the APC and three members of the Edo State House of Assembly, who attempted to illegally take over the House and create a parallel Assembly.

According to them, “Labour Party is utterly disappointed with the purported letter of the Minister of Justice directly or tacitly supporting the invasion of Edo State House of Assembly by the factional elected members of the Assembly. The letter of the minister of justice is not superior to the decisions of the court. As the Chief Law Officer of the Federal Republic of Nigeria and a senior member of the APC-led federal government, we expected him to have used his good offices to ensure a peaceful political solution of the internal crisis in his party or encourage a legal solution to the crisis that has spanned over one year.

“Edo people are only interested in peace and in the rule of law. We jointly and on behalf of all the good people of Edo State condemn any incremental action of any government official that is meant to serve selfish interest and undermine the rule of law which is the foundation of democracy.”

The statement further reads: “The lectures on legislative supremacy by Senator Bola Ahmed Tinubu, is irrelevant to the rule of law and supremacy of Edo State House of Assembly. You cannot pontificate on an issue that you have no relationship with. Labour Party and the majority of Nigerians know that Tinubu has no record or antecedents of supporting legislative supremacy or parliamentary democracy in Nigeria.

“His treatise on parliamentary supremacy should be disregarded and his interest to colonise Edo State with the connivance of Adams Oshiomhole and the pledge of Edo State APC gubernatorial candidate should be resisted by the people of Edo State. Edo people are only interested in the rule of law, democracy, peaceful, free and fair election. Edo people are not interested in the selfish commentary of Tinubu on Edo Assembly and we are committed to resisting the known imperialistic tendencies of Tinubu in Edo State.”

Condemning the failed illegal takeover by the APC members, the party said: “The legality or otherwise of the present Edo State House of Assembly can only be defined by the decision of the court of competent jurisdiction. Resort to violent self help or a letter by the Minister of Justice to justify of the invasion the House of Assembly is a violation of the Rule of Law and the collective Sovereignty of the people of Edo State.”

While blaming the APC for its own crisis and misfortunes in the state, they noted that “it is the same lack of good politics and disdain for morality that led to the choice of a candidate that is undergoing criminal prosecution over money laundering by the same APC federal government.”

It further added: “The reluctant audience that was granted to the APC gubernatorial candidate by President Buhari is a dent on his moral credentials. Those who lobbied the president to grant an audience to a gubernatorial candidate that his government is prosecuting for financial crime insulted the government’s fight against financial crime and reduced the moral estimation of the president in Nigeria and in the international community.”

The party while tasking President Buhari on a peaceful, free and credible election in the state, noted: “Edo State governorship election offers you a good opportunity to tell Nigerians and the international community that you are committed to the rule of law and democracy.”

According to Labour Party, “If Adams Oshiomhole and his gang are convinced that they are popular and have chosen a candidate that can win the governorship election they should support the conduct of a peaceful, free and fair election instead of embarking on lawlessness and boast about the possession of federal apparatus to terrorise the people of Edo State in order to rig the election.

“Mr. President is aware that the federal government apparatus were not given to Bola Tinubu or to Adams Oshiomhole, but it is an apparatus in the possession of the President, given by Nigerians for the protection of their lives, property and their rights, including the right to elect the governor of their choice.”