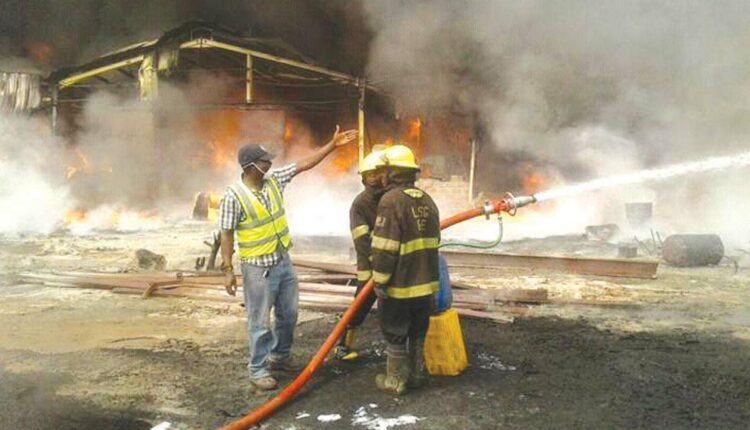 About ten cars and one trailer were completed razed following a fire outbreak in the yard of Lagos State Transport Management Agency located at Osodi, Lagos on Friday.

Though the cause of the fire was not known as at press time, the spokesperson of the agency, Nosa Okunbor confirmed the unfortunate development.

“LASEMA is in an ongoing operation at the LASTMA yard Oshodi curtailing a fire outbreak which cause is yet to be ascertained.

“Information gathered by LRT on arrival at the scene revealed that the fire started from the compound where impounded vehicles were kept.

“I can also confirm that about ten cars and one trailer were razed by the inferno.

“No casualties recorded at the scene as the LRT, LRU Fire and LASG Fire are all responders.

“The fire has been successfully put out by joint responders, dampening down is presently ongoing”.

Babalakin: ‘Due process was followed in the sack of UNILAG VC’