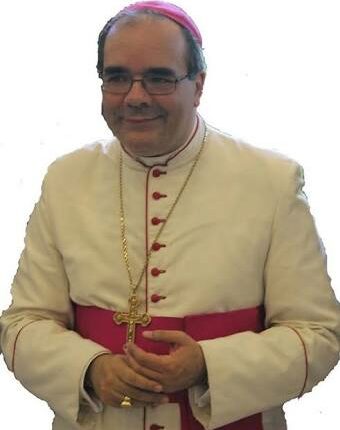 The Papal Nuncio and Head of Catholic Church in Nigeria, Archbishop Anthony Guido Filipazzi, has said that the Federal Government is not doing enough to protect Nigerians from violent attacks and all forms of insecurity. ‎

‎The Papal Nuncio, who is the representative of the Pope and the Vatican in Nigeria, ‎spoke at a press briefing at Our Lady and St. Kizito Pastoral Centre, Ede, in Osun State, on Wednesday.‎

He observed that there is ‘too much violence’ in Nigeria. ‎

He said the Federal Government must wake up to its responsibilities by protecting the lives of Nigerians. ‎

The Papal Nuncio observed that although the Southern Kaduna killings affect mostly Christians, the Church should understand that Muslims are also being killed in other parts of the country, particularly in the North.

According to him, the Federal Government should protect both Christians and Muslims.

He said, “The killing in Southern Kaduna is not peculiar to the state but the whole of the Northern region.

“Although Southern Kaduna is an area where Christians and Catholics are mostly affected, however, it is important to note that many Muslims are also being killed in other parts of the North, such as Maiduguri, Borno State, where Boko Haram bombed many mosques.

“We should not be particular that only Christians are killed, Muslims are also victims.

“The mission of the state is to protect lives and we have to stop the problem of antagonism between Christians and Muslims.

“The point is that there is too much violence in Nigeria and the law seems not being enforced to bring the people to respect the law, respect the life and properties of everybody.”

The Papal Nuncio said it was wrong for the government to close churches while allowing markets to open during the lockdown. ‎

According to him, no study linked the spread of coronavirus to churches anywhere in the world.

“The authorities introduced different measures to regulate church activities while markets were not closed, transportation activities were left unchecked and the streets were crowded.

“Unfortunately, the church was highly regulated when there was no study throughout the world that it is responsible for the spread of the pandemic,” he said.

All rights reserved. This post: 'FG not doing enough to protect Nigerians, Pope’s representative says' and other digital content on this website, may not be reproduced, published, broadcast, rewritten or redistributed in whole or in part without prior express written permission from Anambra City News.

MDAs to be sanctioned for failing to submit audited reports‎