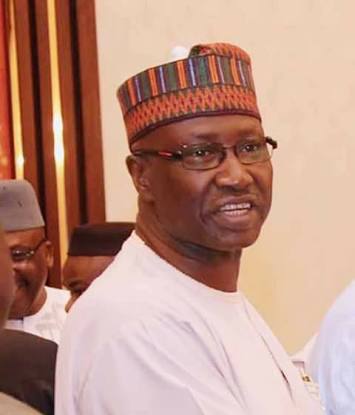 The Federal Government on Tuesday in Zaria, Kaduna State inaugurated flood and erosion control works at phase two site of Ahamdu Bello University Zaria.
The Secretary to Government of the Federation (SGF), Boss Mustapha who inaugurated the project said it was expected to check the erosion and flooding as well as provide improved access road to the main campus Phase two to enhance learning and working condition within the University.
The SGF, represented by Dr Habiba Lawal, Permanent Secretary Ecological Fund Office, said the project was one of the 22 ecological intervention projects approved by the President for the second quarter of 2018.
He noted that ABU was grappling with huge infrastructural deficit and environmental threat that required an external support to complement the university’s drive of sustaining its prestigious fame and standard.
“Today’s occasion marked a new epoch in the history of this great university in the quest to expand ABU facilities and structures to ensure serene academic environment.
“Dangote Hostel was built by renowned businessman and philanthropist, the building prior to this intervention lacked access road which the Ecological Fund Office intervention has provided,” he said.
Earlier, Mr Felix Okeke, Director Erosion Control, represented Dr Habiba Lawal, Permanent Secretary, Ecological Fund Office in her address said the project was initiated through a request by the university authorities.
Lawal said the request by the University authorities was for an urgent attention to address alarming deterioration arising from erosion and flood menace as well as improve the access road to newly completed Dangote hostel and the main campuses phases one and two.
She added that the commissioning and handing over of the project to the beneficiary was intended to achieve the dual purpose of enabling the university community take over the ownership of the project, its care and sustainability.
Corroborating, the Vice-Chancellor ABU Zaria, Prof. Kabir Bala said the university community was gratified that the project has successfully come to fruition and has been completed with high degree of professionalism.
Bala added that the Ecological Fund Office has executed several interventions in the university which include among others, the dredging for the removal of about one million cubic meters of silt from the Kubanni dam reservoir.
The News Agency of Nigeria (NAN) reports that part of the projects inaugurated are the construction of 2.4 kilometer stone base asphaltic dual carriage road with drains at both side.
The construction of 357 metres stone base asphaltic single carriage road (spur to Dangote hostel) with drains at both sides and construction of trapezoidal drains at golf course among others. (NAN)

See also  My projects are the counter punch to my opponents, says Ikpeazu
ABUProjectsSGF
0
Share