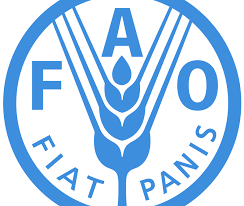 The Food and Agricultural Organisation (FAO) of United Nations and European Union in order to mitigate the effect of Boko Haram crisis in the North East has distributed more than 60,000 animals.

The two organisations have also trained and equipped 40 community-based animal health workers in Borno, the epicenter of the Boko Haram crisis to enhance the survival of livestock and improve the livehood of the victims of the 11-year old crisis.

Speaking at the graduation ceremony of 40 Community Based Animal Health Workers (being first batch of the 150 persons to be trained in Borno State) on Tuesday in Maiduguri, the Country Representative of FAO, Fred Kafeero, lamented that the inaccessibility of veterinary services in the troubled region has increased the risk of diseases, including zoonotic diseases due to debilitation resulting from poor shelter, insufficient feed or water.

Kafeero, who was represented by the Borno Head of Office of FAO, Al Hassan Cisse, said: “The availability of veterinary support services prevents sickness and death and help maintain the value of the surviving animals. For smallholder pastoralists, veterinary services are essential for asset protection; allowing livestock-based livelihoods to flourish and provide substantial income. The income generated enable pastoralists to address household needs and invest in alternative livelihoods.”

He noted that: “Community-based Animal Health Workers (CBAHWs) provide critical primary veterinary care in remote and hard-to-reach areas. CBAHWs are particularly important in the context of Borno with the ongoing rebuilding efforts by the government and humanitarian partners.”

He said: “Since 2016, FAO has been actively supporting conflict-affected smallholder farmers with the inputs for enhancing agriculture-based livelihoods in Borno, Adamawa and Yobe states. These inputs include, among others, quality and high-yielding seeds of nutrient-dense crops, livestock animals and mass vaccination campaigns. Within this period, FAO has distributed more than 60 000 animals to smallholder households in the BAY states.”

He noted that: “The current training and equipping of CBAHWs is part of a comprehensive initiative funded by the European Union aimed at enhancing the resilience of conflict affected smallholders by providing inputs for sustainable agriculture-based livelihoods.

“Under this initiative, in 2019, FAO vaccinated around 120,000 cattle, sheep and goats in Borno against endemic diseases of economic importance including Contagious bovine pleuropneumonia (CBPP), Black Quarter (BQ) and Peste des Petits Ruminants (PPR).

He said: “The trained CBAHWs will be registered and licensed by the Veterinary Council of Nigeria in fulfillment of statutory requirements. They will be supervised by qualified veterinarians from the Division of Veterinary Services of the Borno State Ministry of Animal Resources and Fisheries Development

“The 40 trainees graduating today are part of 150 targeted for the training. This activity is implemented in collaboration with the Department of Veterinary Services, MARFD and the Veterinary Teaching Hospital, University of Maiduguri. FAO believes this activity will create employment, boost income generation for the trained community-based animal health workers.“