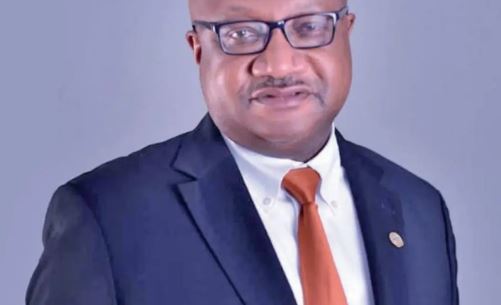 The Senatorial candidate of the All Progressives Grand Alliance (APGA) for Abia central district in the last 2019 election and the ex-President of Institute of Chartered Accountants of Nigeria (ICAN), Chidi Ajaegbu, has lambasted the national chairman of the party, Ozonkpu Victor Oye over the alleged internal wrangling rocking some State chapters of APGA.

Ajaegbu, who made this known in a press release made available to newsmen and obtained by DAILY POST Tuesday, also claimed that the party was doomed over Oye’s undemocratic style of leadership, which according to him, caused the party elective positions.

He however, used the opportunity to announce his resignation as a member of the APGA in Abia state, insisting that removal of Oye as party national chairman would pave way for internal democracy to thrive in APGA.

His words, “How else can you explain the abysmal performance of the party at the polls if not for this obvious sellout? How else can you explain that a party which had 11 seats in the state assembly in 2015 now struggles to retain just 2 (two) in 2019? In what other way can one explain that senators and state lawmakers in Anambra State lost elections to opposition parties in Anambra State where APGA is the ruling party?

“Before the elections, I expressed my dissatisfaction with the leadership of Victor Oye. Party forms were given to the highest bidders and internal democracy was thrown to the dogs. This, of course, greatly affected the fortunes of the party at the polls.

“I had hoped that after the abysmal performance of APGA in 2019, the leadership of my party will usher in a new set of leaders to position the party for 2023 general elections. I made it clear that if the party leadership under Victor Oye was not shown the door, I would leave the party. I have waited this long because I did not want my exit to be misconstrued.

“In our Abia State, Chikwe Udensi and one Ahamdi Nweke were strengthened by this Victor Oye to destabilize the party and ensure that our party went into that election weakened, thus playing out the script of their PDP masters in the state.

“Unfortunately, Victor Oye and his cohorts perpetuated themselves in office through a highly controversial convention; a situation I can no longer condone or accept. I have decided that I will not embark on another fruitless journey with this APGA.

“It is indeed embarrassing that every time I declare my membership in APGA to people, the question I am always asked is which faction? Rather than coming together to prepare for 2023 general elections, what we see is internal wranglings by party members, with factions laying claims to one form of legitimacy or the other.

“The factions are clear indications that there were and still are enemies within, working against the interest of the party, possibly working for other parties as was evident during the last primaries and the actual election. The situation in my party has made it impossible for me to fulfill the purpose for which I joined the party and politics in general; that is the pursuit of the people’s agenda.

“In view of the fore-goings, I am constrained to resign my membership of APGA with immediate effect. I no longer belong to any party, and I am quitting partisan politics in Abia State and Nigeria for now”.