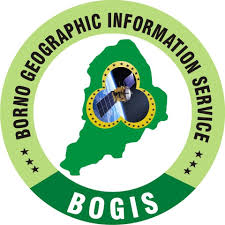 Borno State Government has lamented that between 75 to 80 percent of landed properties in the state capital, Maiduguri are without title documents (Certificate Of Occupancy).

Addressing a press conference on Monday in Maiduguri, the Chairman of Borno State Geographic Information Service (BOGIS), Alhaji Bashir Shettima , said the state government is worried that most perceived land owners do not have the prerequisite documents to show for their ownership.

Shettima, who said the government has given them up to the end of this month (September) to regularise their documents, warned that stringent steps may be taken to ensure that every land owner has a title document to their property.

He decried that despite the three months notice issued to property owners in the state to put the land documents in order, vast majority of them have not come forward to register their landed properties.

See also  Just in: Emir of Biu passes on

He lamented that: “They are just relying on the customary ownership, while we are not quarreling about that, it is in their own interest to document the customary title so that they will have a superior title.”

Shettima said the state is also saddened by the number of undeveloped land, stressing that some of these lands were acquired over 40 years ago from either Northern region or Northeast state government.

He said unfortunately the lands belong to some highly placed individuals in the state, who have not been paying ground rents of the properties.

He said accumulated ground rents of such properties are massive, and appealed to the owners of such undeveloped lands to develop them and pay their ground rents to avert government sanctions.

FG will not borrow to finance subsidy for electricity, petrol – Buhari

Edo 2020; APC will deepen the development I started in Edo- Oshiomhole