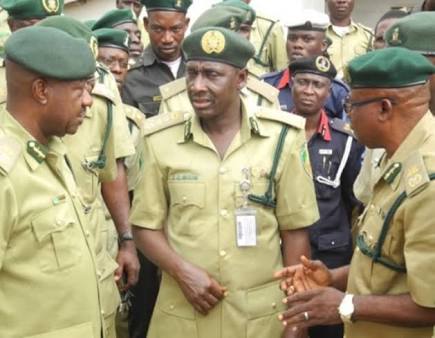 An ‎Assistant Superintendent of Prisons‎, Alfred Bassa, has reportedly committed suicide after being denied promotion on three consecutive occasions. ‎

The incident occurred at Keffi, in Nasarawa State, on October 2.
‎
It was gathered that Bassa wrote promotional examinations three times, passed on each occasion but was denied promotion.
‎‎
Bassa, 28, brought a Sniper bottle with him when he arrived at work at the Medium Security Custodial Centre, Keffi.

He allegedly drank the poisonous substance while still in his uniform, and died shortly afterwards. ‎
‎
It was further learnt that Bassa was to get married on November 19, 2020.‎

All rights reserved. This post: 'Prison official commits suicide after being denied promotion three times‎' and other digital content on this website, may not be reproduced, published, broadcast, rewritten or redistributed in whole or in part without prior express written permission from Anambra City News.