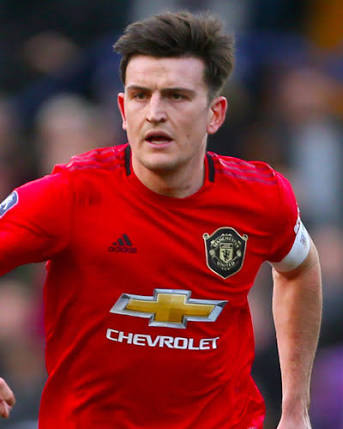 He was reportedly arrested Thursday night for an ‘alleged incident’.

The England defender, 27, is reported to have been arrested following an incident on the Greek island.

Manchester United said in a statement, “The club is aware of an alleged incident involving Harry Maguire in Mykonos last night.
“Contact has been made with Harry, and he is fully co-operating with the Greek authorities.

“At this time we will be making no further comment.”
United players are taking time off after their Europa League exertions earlier this month. The club were eliminated by Spanish side Sevilla last Sunday.

All rights reserved. This post: 'Maguire, Man United Captain arrested in Greece' and other digital content on this website, may not be reproduced, published, broadcast, rewritten or redistributed in whole or in part without prior express written permission from Anambra City News.