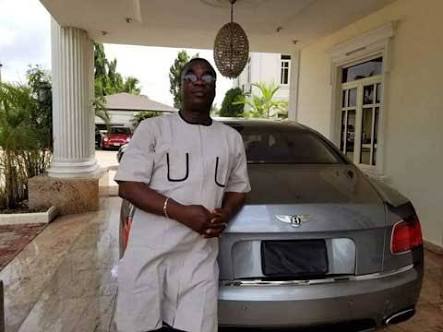 The association said Ayinde was not fit to be bestowed with the title.

Sorunke, alias MC Murphy, a popular radio presenter and event anchor, was allegedly beaten and brutalised by Ayinde and his boys on Thursday night at the 60th birthday of the Olu of Itori, Oba Abdulfatai Akorede Akamo, in Ewekoro Local Government Area of Ogun State.

Reacting to the development, President of the Freelance and Independent Broadcasters Association of Nigeria (FIBAN), Desmond Nwachukwu, said Ayinde brutalised, harassed and humiliated the broadcaster over what a minor issue.

Nwachukwu said Ayinde’s conduct was a mockery of Yoruba race as well as the title bestowed on him by the Alaafin of Oyo, Oba Lamidi Adeyemi.

The FIBAN President appealed to the monarch to immediately strip the Fuji star of the title, describing him as unfit.

Nwachukwu said the leadership of FIBAN had reported the matter to the security agencies and vowed to take legal means to ensure justice is done.

He said, “We would like to tell his Majesty that, yes, we are all humans and we can make mistakes.

“This is a grave mistake he has done because as far as we are concerned the holder title of Mayegun of Yorubaland must be a man that command respect and carry himself pretty well, understanding that the image of his Majesty and the entire Yoruba race is what he goes about with

“We like to tell his Majesty that it is not too late to strip him of that title. We have to understand that this is Yorubaland and this is where culture and tradition are held with a lot of candour.

“And I say without any reservation that the conduct of Wasiu Ayinde Marshal, at the 60th birthday of the Olu Itori, is the least expected. He does merit the title by that conduct.

“It is not just a slap on broadcasters in Nigeria and across the world, it is indeed a slap on the Yorubas.”

All rights reserved. This post: 'Broadcasters’ union asks Ooni to strip KWAM 1 of Mayegun title' and other digital content on this website, may not be reproduced, published, broadcast, rewritten or redistributed in whole or in part without prior express written permission from Anambra City News.