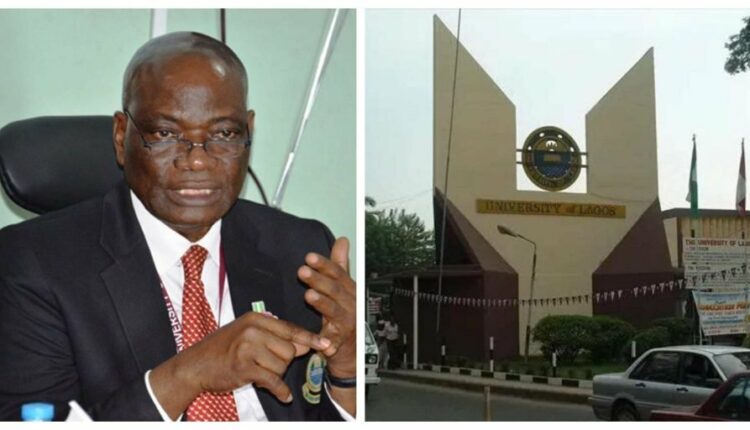 Even as the Joint Staff Union, (JSU) of the University of Lagos on Thursday demanded the immediate dissolution of the institution’s Governing Council led by  Dr Wale Babalakin, SAN, the embattled Vice Chancellor, Prof Ouwatoyin Ogundipe had shrugged off his Wednesday’s removal from office, as he resumed in his office.

The Vice Chancellor who went to his office while members of the JSU of the institution were holding a special Congress, acted as if all was well, insisting however that nobody had removed him from office.

He told the workers that he had always discharged his duties to the best of his ability in whatever capacities he had worked.

“I have put in 30 years of meritorious service to the University of Lagos and whether as a junior or senior lecturer, Head of Department, Dean of a Faculty, Deputy Vice-Chancellor, or as the Vice-Chancellor, I have never been found wanting.

‘I see myself and all of you my comrades as builders in this university. We are building on the solid foundation laid by the founders and we must and will continue to build. I am peace-loving and want all of us to be so too. Also, we should not allow anybody or group to truncate the peace existing here on campus.

“I am a Comrade and a loyal member of our union and I am will remain loyal to my fellow comrades. I am really overwhelmed by the show of support and solidarity by you all,” he said.
But, while the vice chancellor resumed work unchallenged, the workers insisted that anything short of the dissolution of the governing council would not be acceptable, explaining that the council under Babalakin was working contrary to the dictates of their office and working against the progress of the citadel of learning.

They also rejected the purported appointment of an Acting Vice Chancellor whom they described as a surrogate.

All rights reserved. This post: 'UNILAG: JSU demands dissolution of  Babalakin’s Governing Council' and other digital content on this website, may not be reproduced, published, broadcast, rewritten or redistributed in whole or in part without prior express written permission from Anambra City News.