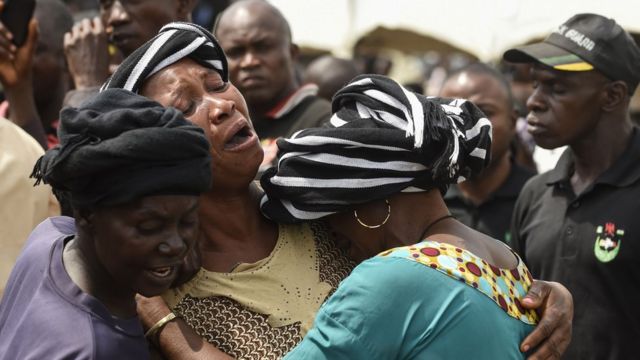 The International Society for Civil Liberties and Rule of Law, (Intersociety), has called on the  Inspector General of Police, IGP Mohammed Adamu Abubakar to  urgently draft  special police detachments to Southern Kaduna to stop ongoing massacre of Christians by suspected Islamic Jihadists in the state.

The group equally alleged that about 300 Christians have been massacred within 200 days , covering 1st January  to July 20, 2020 by the marauding Jihadists who have camouflaged as herdsmen in the affected communities.

The Letter, signed by the group’s four principal officers: Emeka Umeagbalasi, Board Chair, Barr Damaris Amaka Onuoha, Head of Campaign & Publicity, Barr Uju Igboeli, Head of Civil Liberties and Rule of Law and Barr Ndidiamaka Bernard, Head of Int’l Justice and Human Rights, also called on the  IGP to secure and protect Nigerians secularly and without bias or soft spot for any ethnic or religious grouping.

The IGP was also strongly urged to detect and end the perceived raging culture of conspiratorial fraternity or what they called “brothers at jihad” among the drafted security and law enforcement agencies in Kaduna State.

The group equally said “Such special police detachments under our demand must particularly be dominated by secularly composed experienced and specially trained policing intelligence personnel or detectives from the Force Intelligence and Criminal Investigation (F-CID) as well as anti terrorism and special operations squads drawn from the High Command’s Department of Operations. Their composition must exclude the personnel of the Mobile Police (MPF) because they have become ‘a doyen of corruption and incompetence’ within the Nigeria Police Force.

“It is also our call that the Kaduna State Police Command should totally be overhauled and secularly re-composed, which must include immediate removal and transfer of the State Commissioner of Police, Umar Musa Muri and total and secularly reorganization of the Operations and the intelligence or detective departments of the State
Police Command. This is because there seems to be conspiratorial fraternity or “brothers at jihad” between non state actor perpetrators responsible for the ceaseless butcheries in the State and Muslim
dominated state actor security chiefs and drafted field law enforcement personnel including military officers and their field combatants.”

On the incessant killings, the group alleged that no fewer than 300 defenseless Christians have been killed within the first 200 days of 2020.

According to the group “Out of this figure, Adara Community and environs in Kajuru Local Government Area was visited with 152 Christian deaths while remaining parts of Southern Kaduna took 148 deaths. In the past twenty days or July 1 to July 20, 2020, Southern Kaduna has further lost 107, if not 139 Christian lives to Jihadist Fulani Herdsmen attacks or violence. That is to further say that the total Christian casualties from Jihadist Herdsmen killings across Nigeria including Southern Kaduna, Benue and Plateau States and Igbo Land in the past 200 days or 1st Jan to 20th July 2020 have risen to 926 deaths; out of which Southern Kaduna lost minimum of 300 and the rest of the country 626 killings or Christian deaths.

“Till date, too, the whereabouts of the 32 Christians mostly men and others abducted by the invading Jihadist Fulani Herdsmen on 16th July 2020 in Mai-ido and other neighbouring villages in Kachia Local Government Area of Kaduna State have remained unknown, raising strong fears of their possible death in the Jihadist Herdsmen’s captivity.