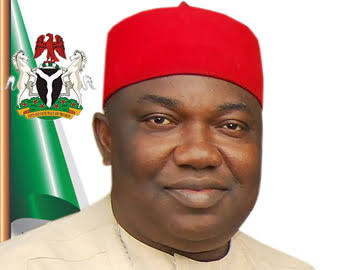 Traders in Ogbette Main Market, Enugu have called on the state government to maintain neutrality as they prepare for the election of their leaders after a three-year disbandment.
The leader of the group, Mr Okwudili Ani of Wine and Spirit section of the market made the call on Tuesday while briefing newsmen in Enugu.
Recall that the state government had three years ago disbanded the elected executive of Ogbette Main Market Traders Association over leadership tussle.
Consequently, the state government set up a caretaker committee led by a former caretaker committee chairman of Enugu North Local Government Area, Mr John Eze, a none trader.
Ani said that it was gratifying that the caretaker leadership of the traders association had finally deemed it necessary to conduct election three years after they were forced on the association.
He, however, said that the traders would not tolerate undue external influence as they set to choose their leaders.
He said that their position was informed by glaring intrigues, claims and counterclaims leading to the build up of the election.
Ani alleged that the traders had uncovered plans to disqualify one of the candidates vying for the office of the president of the association simply because he is not from a particular section of the state.
He alleged that the leader of the caretaker administration of OMMTA, Eze was behind the intrigue to disqualify one of the contestants whom he described as the most popular candidate.
He said that the traders would resist any attempt by the electoral committee to disqualify any of the contestants unjustly.
Ani said that the three other candidates are from Nsukka “and that is why Eze has been dropping the name of the state governor in his bid to disqualify the only candidate that is not from Nsukka.
“We appeal to them not to create more problems for the traders because we will not tolerate any form of imposition. They should allow us a fair and free ground to choose who leads us,” Ani said.
When contacted, Eze said that neither him nor the electoral committee was involved in any illegality.
Eze said that he was following the constitution of the association in the conduct of the election.
He said that it would be wrong to accuse him of trying to influence the outcome of the exercise, adding “OMMTA has a valid constitution and we are following it.
“Anybody who feels they are qualified is free to contest,” Eze said.
Also, the Chairman of the Electoral Committee, Rev Fr. Nnamdi Nwankwo, said that he had been given the mandate to follow the law in discharging his duties as an umpire.
Nwankwo, who is a Catholic cleric, said that it would be too early to start talking about disqualification when the screening had not been done.
“The screening will be done today and it is only after then that you start talking about qualification and disqualification. I will be very fair but will follow the law blindly,” Nwankwo said.
The Ogbette Main Market, which is the largest in the state has known no peace since the last elected EXCO of the traders’ union was dissolved.