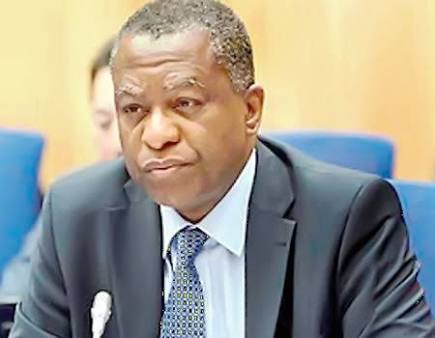 Forty-two Nigerians have been deported from Niger Republic.

The Nigerians were said to have entered Niger Republic illegally in a bid to travel to Europe from the West African country.

A statement issued on Friday by spokesman of the Nigeria Immigration Service, Mr. Sunday James, said the 42 deported Nigerians were received by the Katsina State Command of the NIS.

James explained that they were deported to Nigeria through the Kongolam Control Post.

He said that the affected Nigerians, between 18 and 35 years, evaded immigration clearance and crossed the border to enter into the Republic of Niger.

The spokesman said that a Federal High Court in Katsina had sentenced 12 out of the 42 Nigerians for illegal entry into the Republic of Niger en route Europe.

“Justice Hadiza Shagari, while ruling in the judgment, directed that the suspects should either pay N50, 000 fine or be remanded in the correctional centre for three months.

“The remaining 30 offenders will soon be docked in court on completion of charges against them,” James said.

The Comptroller-General, NIS, Muhammad Babandede, in a reaction to the development, directed that the other 30 persons be tried without further delay.

Babandede advised travellers to always present themselves to the immigration officials for examination whenever they were travelling out.

He also advised that those returning to the country should present themselves for checks in line with Section 15 Subsection (1) a and b of Immigration Act 2015.