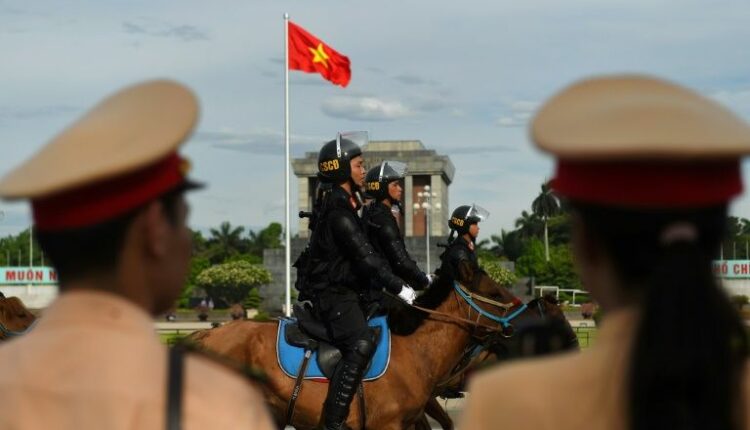 Twenty people, including a father and son, were jailed Tuesday for the bombing of a police station in Ho Chi Minh City that injured three people, state media said.

Nguyen Khanh, the architect of the attack, was sentenced to 24 years in prison for “terrorism against the people’s administration” and “illegally fabricating, storing and trading explosives”, according to state media

His son Nguyen Tan Thanh was sentenced to three years in jail, while 18 accomplices will serve from two to 18 years.

The trial lasted a day and a half.

Khanh was charged with giving explosives to two accomplices, who detonated them in a bomb on a motorcycle in front of the police station on the outskirts of

The blast shattered the glass facade of the building near the site of violent protests against a proposed economic law days earlier.

It injured two police officers and a cook.

The attack came after huge — and rare — rallies erupted in several cities across Vietnam against a draft law on special economic zones that would grant investors 99-year leases.

It sparked fears that China would take over investment zones, igniting popular and deep-seated resentment against Vietnam’s powerhouse neighbour.

Weapons and explosives are not widely available in Vietnam, and violent politically linked attacks are rare.

Some 15 people were convicted in 2017 on terrorism charges over a failed bomb plot at Vietnam’s largest airport in Ho Chi Minh City.

Last year, a Vietnamese man was sentenced to six years in jail for terrorism and weapons possession, after he was convicted for smuggling a cache of guns into the country from Cambodia.

All rights reserved. This post: 'Father, son, 18 others jailed over bomb blast at Vietnam Police Station' and other digital content on this website, may not be reproduced, published, broadcast, rewritten or redistributed in whole or in part without prior express written permission from Anambra City News.