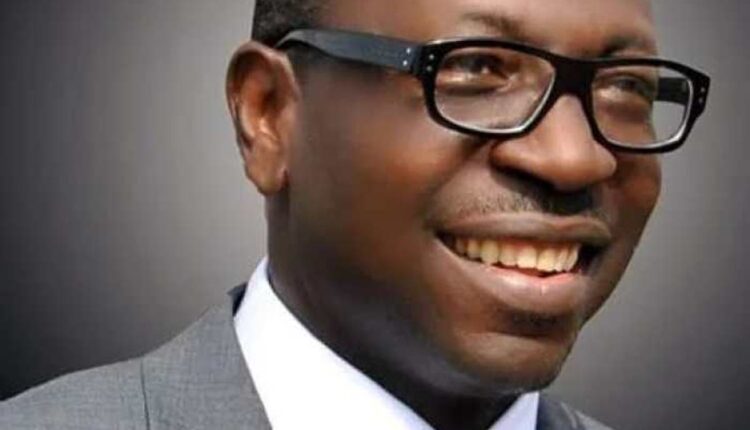 Ahead of the September 19 Governorship election in Edo State, the candidate of the All Progressives Congress (APC), Osagie Ize-Iyamu says if elected, his administration would come up with a fresh strategy on how to effectively tackle the challenge of insecurity causing nightmare to the people of the state.

Ize-Iyamu who made the pledge at a Media Parley held in Benin City, the Edo State Capital, expressed dismay that inspite of the fact that the state receives N750 million monthly, only a paltry sum of five million naira is being used to service security agencies monthly.

He decried the level of insecurity in the state where kidnapping, banditry, armed robbery and cult related activities had become the order of the day without any serious government action to curb the menace.

He assured Edo people that with the simple agenda, the issue of insecurity, agriculture, youth empowerment, sports and other critical sector of the economy would be addressed for the good of the people.

”I have no intention to leave this state like many, this is where I was born, this is where I will die and be buried. The real motivation for running for office is to make a difference, make the people realise that government can do a lot more if only the Chief Executive is sincere,” he said.

He explained further that he would revive many industries that had been moribund to generate massive employment that would take the youths off the streets as well as create an enabling environment for private public partnership to thrive.

”After seeing the weaknesses in the system and haven held positions, I think much more can be done, if we have a Governor who is focused, sincere and passionate about the state, the starting point of my ambition is to put the right things in what I needed to do.”

Earlier, the chairman, National Campaign Council, Mr. Patrick Obahiagbon assured that when the APC reclaims Edo State, more development would come and the people would smile once again.

”The government of Pastor Ize Iyamu intends to lead by example. We make necessary sacrifices that people must see and be mobilised, encouraged as well as energized to partner with him to move Edo State to the next level.”

Obahiagbon explained that the hallmark of any responsible government was transparency and accountability which he said the present government lacks.

He assured the people that the government of Pastor Ize-Iyamu would operate an open door policy to everyone regardless of political, social and economic status.