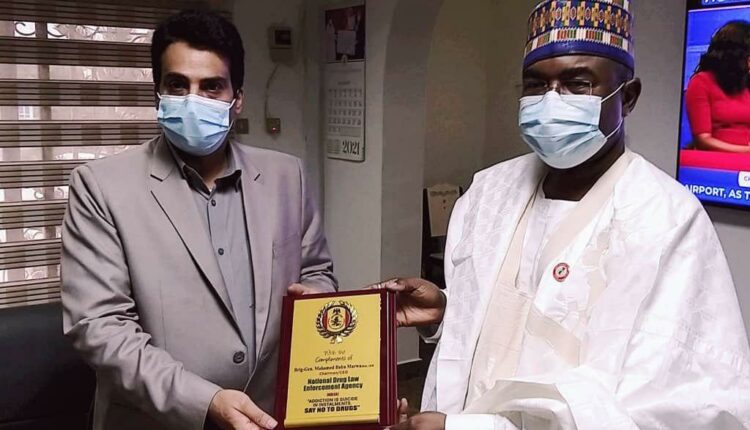 Nigeria and Saudi Arabia have agreed to strengthen partnership in the fight against trafficking of illicit drugs between the two countries.

The anti-narcotics agencies of the two countries, Nigeria’s National Drug Law Enforcement Agency (NDLEA) and Saudi Arabia’s General Directorate Of Narcotics Control (GDNC) at a meeting in Abuja emphasized the need for such agreement. 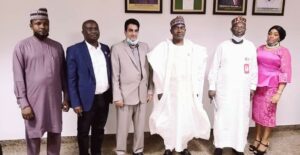 This was the highpoint of discussions on Monday and Tuesday between the Chairman/Chief Executive of NDLEA, Brig. Gen. Buba Marwa (Retd) and representative of GDNC, Colonel Naser Hajid Al Otaibi.

A press statement by the spokesman of the NDLEA, Femi Babafemi said Marwa while welcoming the Saudi official, expressed appreciation for the support received from the Saudi authourities in the past.

He said “considering the need for an enduring partnership, we propose a Memorandum of Understanding (MoU) on cooperation between the two agencies in combating trafficking in narcotic drugs, psychotropic substances and its precursors to GDNC for consideration and signing just like we recently did with Drug Law Enforcement Agency, in the Gambia.”

He assured that Nigeria is presently taking the war against drug abuse and trafficking very seriously and that explains why President Muhammadu Buhari has been giving all the needed support to the NDLEA to actualise its mandate and mission.

The NDLEA boss asked the Saudi government for support especially in the areas of technical assistance and donation of equipment such as scanners, forensic laboratory and rehabilitation centres.

Speaking earlier, the GDNC representative extended an open invitation to Marwa to visit the Kingdom of Saudi Arabia so as to deepen discussions on various aspects of effective collaboration between the NDLEA and the GDNC, an invitation the NDLEA Chairman accepted with the hope that such will provide the opportunity to sign the MoU on the partnership between the two anti-narcotic agencies.