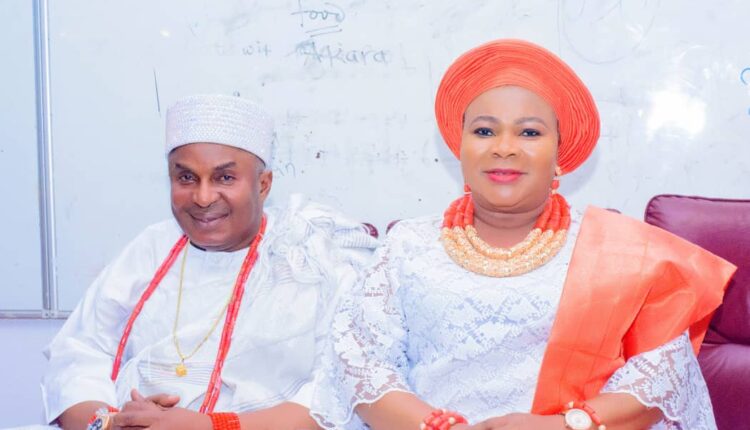 In order to expand and further develop Apomu Land in Osun State, the first ever Apomu Stakeholders meeting has been held in ibadan.

In his speech, Oba Kayode Adenekan Afolabi the Alapomu of Apomu , said the meeting was a turning point in the history of Apomuland. 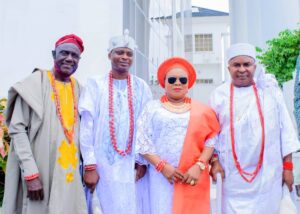 He urged all Apomu descendants within and outside Nigeria to join Apomu Descendants Union, ADU, which was formed at the meeting.
Apomu land was launched into a new era as the pioneer executives of the Descendant Union were selected and inaugurated for a two year tenure.
The Executives are Engineer ( Chief ) Abass Soliu, President ‐General, Dr Tesleem Asafa, Secretary General, Olori Ester Falabi, Treasurer, Mukaila Olaniyan, Financial Secretary, Olagoke Odetunde, Chief Whip and Comrede Waheed Oladejo, as PRO.
In addition, nine committees were inaugurated to drive the development and rebranding of Apomu. The committees are education, infrastructure, economy,boundary/ town planning, health,legal, social/culture/religion, security and committee of Elders.

The committees are chaired by exceptional professionals who have distinguished themselves in chosen fields.
Among those who attended the meeting were Olori Janet Afolabi, Queen of Apomuland, Majority Leader, Osun State House of Assembly, Olarenwaju Maruf,
Osun state Commissioner for Youth and Sports, Yemi Lawal, Chairman of Isokan Local government council, Akeem Badiru, President of Africa Heart Network, Dr Kingsley Akinroye , Professor Wasiu Afolabi among others. It will be recalled that the Alapomu of Apomu Land,Oba Kayode Adenekan Afolabi, was crowned early this year. His wife and Queen of the Land, Olori Janet Afolabi, is a seasoned Journalist and publisher of The Scroll.

She is also the Convener,Women in Media Forum.