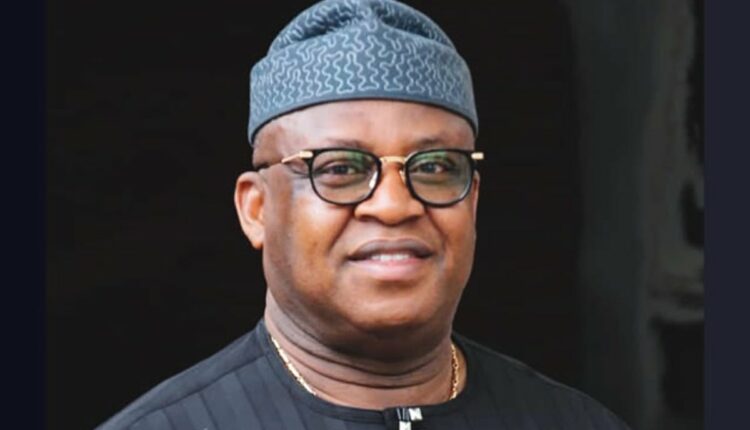 The Peoples Democratic Party (PDP) on Monday dragged the former national Chairman of the All Progressives Congestion (APC), Comrade Adams Oshiomhole to the court of public opinion, urging him to present his primary School Leaving Certificate if he actually went to school.

Orbih also urged Oshiomhole, former Governor of Edo State to disclose to Nigerians the cause of quarrel with his successor, Governor Godwin Obaseki of Edo State whom he described as a worthy Alumnus of Nigeria premier University of Ibadan (UI).

“They said Governor Godwin  Obaseki who graduated from University of Ibadan has a Certificate. I made bold to say that I challenge Adams Oshiomhole to show us his primary six Certificate.

He urged Oshiomhole to “allow Edo people to decide who governs them…In four years, Godwin Obaseki has done more than what Oshiomhole did in Eight years”.

On his part, the PDP Candidate for the September 19, Governorship election in Edo State, Mr Godwin Obaseki announced that the construction of the 12.75km Ososo-Okpella road which was abandoned by previous administration, will begin before the end of the year.

The incumbent Governor who highlighted his achievements, said that he secured the commitment from the Chairman of the BOA cement Plc, Mr who promised to undertake the project.

Earlier, the Deputy Governor of Edo State, Hon. Philip Shaibu, urged the youths to shun electoral violence and resist attempt by maverick politicians who may wish to induce them to undermine the sanctity of the ballot during the election.

He however, urged the electorate to support the policies of the incumbent Governor by voting for PDP and defend their votes in the election.

According to him, “Do not accept any arms from them. If anyone wants to lure you to carry arm against yourself, tell that person to call his Children abroad and give it to them and fight for them”.