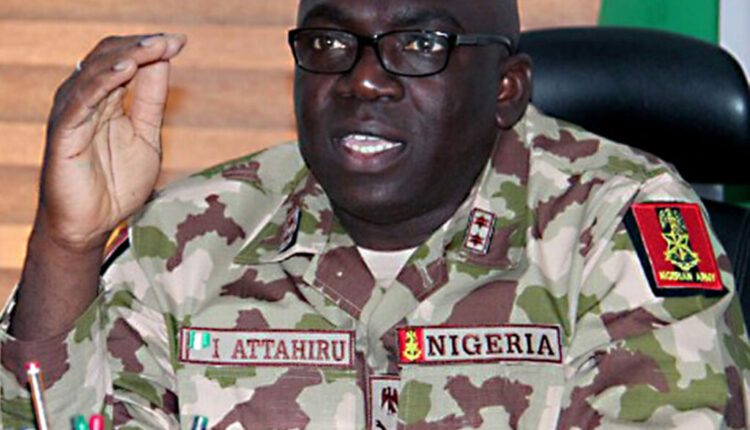 The Chief of Army Staff (COAS), Major General Ibrahim Attahiru has given 48 hours ultimatum to the troops of the Nigerian Army to clear Boko Haram from reported captured areas of Borno State.

Marte, a local government in the troubled state was recently reported to have been attacked and taken over by Boko Haram.

Some communities in the state including Kirenowa, Kirta. Wulgo, Chikingudo in Marte and Ngala local government areas were reported to have a strong presence of the terrorist group.

The COAS who on Sunday addressed the troops of the Nigerian Army Super Camp 9, Dikwa gave the order that the insurgents should be cleared from the reported areas in the next 48 hours.

The COAS who said he had spoken to the Theater Commander, and the General Officer Commanding 7 Division, told the troops that ”you must not let this nation down. Go back and do the needful and I will be right behind you.”

He told them: “You should be rest assured of all support you required in this very onerous task.”

The Army Chief equally said: ”You are aware of the recent attack on Dikwa and Marte, you should not allow this to happen again, go after them and clear these bastards”.

The COAS, who commended the efforts of the troops in the fight against Boko Haram, said: ”I am here to deliver the greetings of Mr. President and Commander In Chief of the Armed Forces, Muhammadu Buahri. I have spoken with your Commanders, we are going to provide you the equipment and weapons you need to end this war.

The COAS while addressing the residents of Dikwa and those who fled during the recent onslaught on Marte, but now taking refuge in Dikwa, he said: ”I want to assure you that we are going to protect you, not only that we are going to clear Marte, Kirenuwa, Wulgo, Kirta and their environs. What we need from you is your cooperation and prayers.”