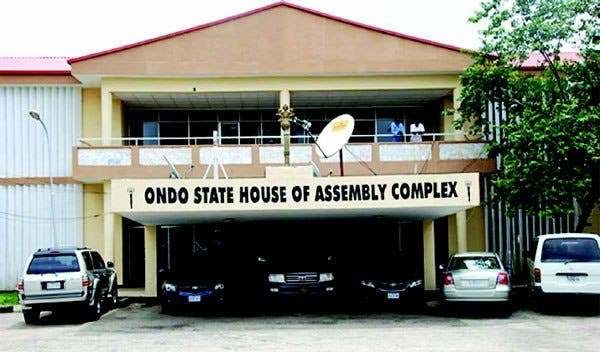 It was gathered that the siege, which lasted several hours, caused anxiety across the state capital. ‎

The thugs invaded the assembly complex as early as 7: 30 am to prevent the nine suspended lawmakers that the court quashed their suspension last week from resuming.

The nine lawmakers were suspended by the assembly for refusing to sign the impeachment notice served on the deputy governor, Hon. Agboola Ajayi.

An Ondo State High Court sitting in Akure ordered the reinstatement of the lawmakers after they went to court to challenge the development.

However, moves by the nine lawmakers to join their colleagues at the plenary on Monday was frustrated by the thugs, who numbered about 100.

The hoodlums, many of who were said to be members of the National Union of Road Transport Workers (NURTW), ‎manned the main gate of the assembly complex, with their vehicles parked along the road leading to the complex.

The police, who arrived at the scene, prevented the thugs from going into the premises. ‎

The suspended Deputy Speaker, Iroju Ogundeji, who spoke to journalists, alleged that the state governor and the Speaker of the House of Assembly were behind the development.

“They said we should not enter the house to perform our constitutional legislative duties.

“‎Right now, we are helpless because they are using government power against us. We are only relying on God to come to our aide,” he said. ‎

Resident doctors have no reason to go on strike… FG‎