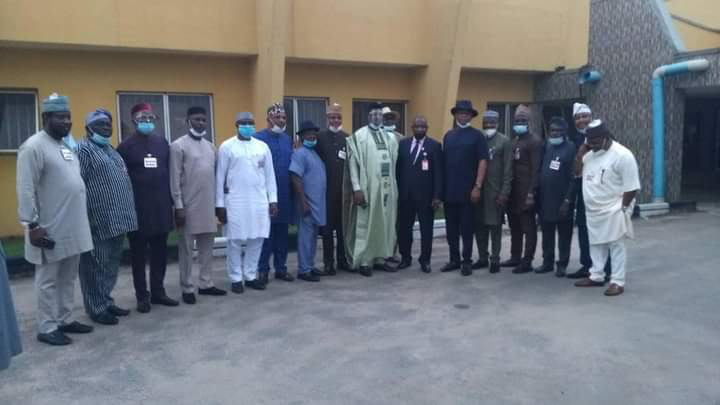 Amidst the controversy trailing their emergence, the factional leadership of the Edo State House of Assembly has ordered closure of all accounts of the House.

The new Speaker Victor Edoror gave the directive at its first sitting in Benin, while advising the executive arm led by Governor Godwin Obaseki to stay clear of activities of the House henceforth.

Meanwhile, Governor Abdullahi Ganduje of Kano State says the new leadership of the Edo State House of Assembly would ensure that proper legislative work begins in the state.

Ganduje who is also the Chairman of the Edo State Gubernatorial Campaign Council for APC, in his congratulatory message to the new House leadership led by Hon. Victor Ederor insisted that with the new development in the state, the people of the state would begin to benefit real democracy dividends.

“The new Edo Speaker’s election by the needed and constitutionally accepted number of the state legislators, is a welcome development.

“It is therefore, pertinent for us to congratulate him alongside other principal officers of the House.”

Ganduje views Ederor’s emergence as Speaker of the House as a good omen for the All Progressives Congress (APC), ahead of the official flag-off of campaign for the party’s candidate, Pastor Osagie Ize-Iyamu, for the governorship of Edo State.

“Victor Ederor becoming Speaker is something that has eluded the State Assembly for over 13 months. And it has been practicalised just yesterday. What a constitutional reinstatement of the House leadership,” Ganduje said.

The governor urged the new House leaders to work and act in accordance with the laid down rules and regulations, unlike what is obtained in the Edo state executive.

“Your constitutionally accepted election is an important signal that your actions will continue to be guided by constitutional provisions,” the Kano governor stated.

All rights reserved. This post: 'Edo Assembly Crisis: Edoror places embargo on House Accounts' and other digital content on this website, may not be reproduced, published, broadcast, rewritten or redistributed in whole or in part without prior express written permission from Anambra City News.