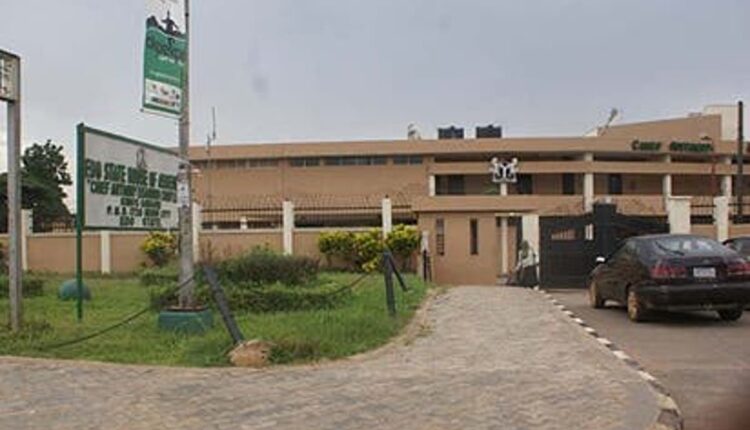 A Benin High Court presided over by Justice Efe Ikponmwoba on Monday granted bail to the seven persons who allegedly invaded the Edo State House of Assembly complex on August 6, 2020.

The police charged Wilfred Ogbewe,52, Igbinobono Collins, 26, Salami Osayomore, 25, Odion Osayande, 23, Morgan Uwanboe, 47, Ifeoluwa Oladele, 36, and Agbonrere Festus, 25 with the alleged invasion of the state house of assembly premises in Benin, in a manner that caused a breach of peace.

The judge also ordered them to produce one surety each in like sum, who must be gainfully employed and reside within the court’s jurisdiction.

Meanwhile, the court adjourned until Sept. 8, judgment in the application for enforcement of fundamental human rights.

Counsel to the applicants, Mr. Matthias Obayuwana, submitted that the motion was aimed at enforcing the fundamental rights to liberty and personal dignity, freedom from the cruel, inhuman, and degrading treatment of the applicants by the police authorities.

He submitted that the applicants were arrested while performing their lawful duties as Members of the state Vigilante group who were at the Assembly complex at the instance of State Government to protect the place from being vandalized by hoodlums on that fateful day.

Obayuwana also told the court that the applicants were arrested by a team of policemen led by SP Dahiru Ibrahim and taken to Force Headquarters Abuja where they were tortured and detained under unfavourable condition without food.

He emphasised that the rights to personal dignity are not such that can be negotiated, waived, neglected, or overlooked.

Citing sections of the law to drive home his points, the applicants’ counsel told the court that the respondents did not present any warrant of arrest, petition, or complaint by anyone against the applicants on the basis of which they acted in the early hours of that day, an exercise that was ill-motivated and which smacks of partisanship in the electoral politics of Edo.

He urged the court to accordingly, restrain the respondents, their agents, servants, and privies from further interference with the fundamental human rights to liberty of the Applicants in the discharge of their duties as Vigilante employed by the Edo State Government for the protection of Government properties.

Obayuwana also prayed the court among other reliefs to direct the respondents jointly and severally to apologise to the applicants in writing and publish the same in at least one national daily for the unwarranted infringement of their fundamental rights to liberty pursuant to section 35(6) of the constitution of the Federal Republic of Nigeria 1999 (as amended).

Objecting to the application, counsel to the police, Mr. Akomen Adaghe, urged the court to rule against the applicants because they were arrested with guns, an offence punishable by law.