FCT Minister urges journalists to be unifying force for Nigeria 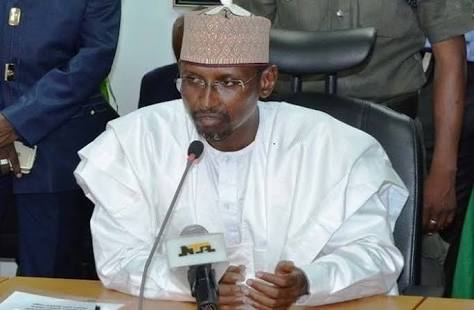 The Minister of the Federal Capital Territory (FCT), Malam Muhammad Bello has charged the Nigeria Union of Journalists (NUJ), to strive to be a force that unites the country.

Bello gave the advice when he received a delegation of the NUJ, led by its National President, Mr Chris Isiguzo, on a courtesy visit to the FCT Minister.

The minister noted that in a country of over 200 million people, the NUJ could serve as a unifying force to bring all Nigerians together.

Bello expressed confidence that under the present leadership, the NUJ could be that force.

He added that with the cooperation and support of members of the union, especially at the FCT Council, the dream of building the FCT desired by Nigerians could be achieved.

He described journalists in the FCT Council of the NUJ as partners in progress and important stakeholders in the Abuja project.

”A partnership which, he stressed, he does not take for granted.”

Bello commended members of the NUJ for their support, cooperation and good working relationship with the FCTA.

The minister used the occasion to called on journalist to find ways of adapting to the changes brought about by COVID-19.

He pledged the FCT Administration’s support for the activities of the NUJ geared toward the welfare of its members and the unity of the country.

Earlier, the NUJ President, Isiguzo, who commended the FCT minister for building a befitting secretariat for the FCT chapter of the union, appreciated the FCT Administration for its efforts in the fight against COVID-19.

“This dreaded disease is coming at a time when Nigeria is navigating through very difficult times.

” We are however happy that your efforts are having positive results.

” We urge the FCT Administration to evolve more result oriented ways and means of ensuring that the less privileged and the internally displaced Persons in the FCT do not suffer more than necessary,” he said.

The NUJ National President assured the minister of the continued support and encouragement of the union, both at the national and FCT level, to ensure better and enhanced service delivery to the people.

All rights reserved. This post: 'FCT Minister urges journalists to be unifying force for Nigeria' and other digital content on this website, may not be reproduced, published, broadcast, rewritten or redistributed in whole or in part without prior express written permission from Anambra City News.