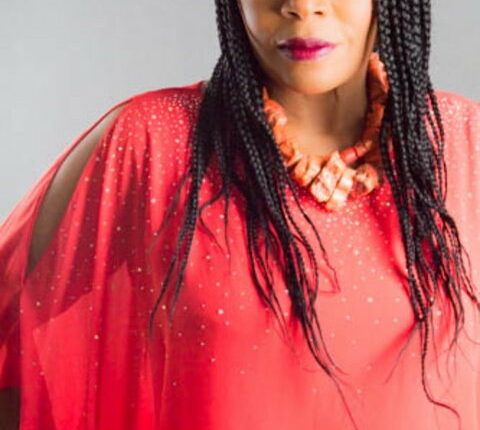 The Candidate of the African Democratic Congress (ADC) Party, in the September 19, Governorship election in Edo State, Mabel Oboh has appealed to the traditional institution in the state to forgive the abominable act of supporters of the two major political parties on Saturday in Benin.

Oboh, Nollywood actress and veteran broadcaster, made the appeal during an interactive session with Heads of Media Organisations on Monday in Benin.

She said though the fracas between supporters of the All Progressives Congress and Peoples Democratic Party at the entrance of Oba’s palace was condemnable in all ramifications, the perpetrators still deserve forgiveness.

“As a woman and a mother, I am appealing to our revered Monarch to forgive their transgression but with a strong warning to them to refrain from such despicable behaviour in the future.

“I must say the present hostilities among the contending candidates of the major political parties and their supporters ahead of the election are not healthy for democratic growth of the state.

“Edo state currently is sick and under siege; it urgently requires healing and urgent intervention of our revered traditional rulers to call the combatants and their supporters to order.

“There is no doubt that Edo state is in crisis and begging for redemption. As a woman, wife and a mother, I have the required recipe for redemption of the situation .

According to her, the present scenario is the outcome of successive leadership failure, leading to false hopes, frustration and angst among the people especially, the youths, who have become willing and ready tools in the hands of desperate politicians.

“But  I want to  bring them hope through my reformist manifesto agenda that seeks to wipe away hunger, poverty, greed and avarice, and give the people hope through well thought out agriculture programme, good healthcare service delivery, infrastructural development among others.

“I may not have the financial muscle, but i have the belief, ideology and voice to drive my welfarist agenda for the good of the people of Edo state to smile again. ”

The ADC candidate urged the electorate not to sell their consciences but to hold firm their beliefs for a better Edo state by voting for her on Sept. 19.

Oboh emerged as ADC candidate following the withdrawal of Dr Benjamin Akhigbe, the party’s former candidate from the race.