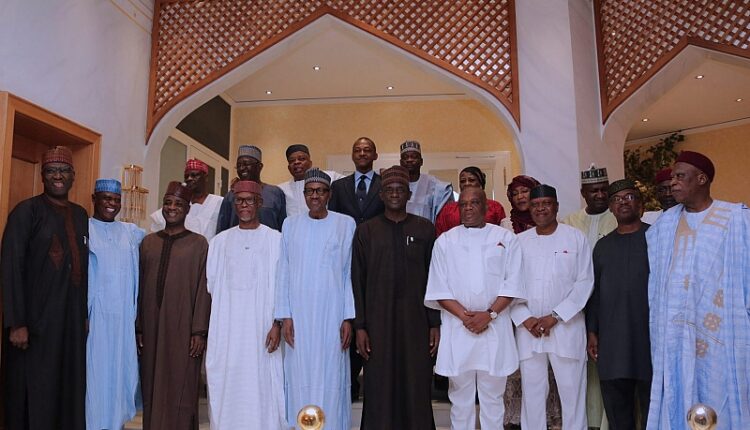 Former Governor of Abia State, Orji Uzor Kalu has canvassed for the extension of the tenure of the Governor Mai Mala Buni-led Caretaker Committee of the All Progressives Congress (APC) to March 2021 so as to enable them to unite party members preparatory to the 2023 elections.

Kalu, who is also the Senate Chief Whip said the adoption of a fire brigade strategy in resolving the festering crisis in the party may not yield the desired results.

In a statement by his media aide, Kunle Oyewumi, on Monday, the lawmaker said the caretaker committee required enough time to put things together before the party’s convention.

He said no efforts should be spared in ensuring that the party won the forthcoming September 19 Gubernatorial election in Edo state, adding that after that, the committee will then focus on other issues.

He lamented that the caretaker committee was not offering its best due to time constraints.

He also added that majority of the members would still be very busy with their national tasks during the December date proposed for the convention.

The statement read, “It is with deep patriotic concerns and the future growth of our great party that I am appealing to the National Executive Council to consider extending the tenure of Governor Mai Mala Buni-led APC Caretaker Committee to March 2021 against the December proposed period.

“This is to give the caretaker committee members the needed time to put things in order and hand over properly to a new leadership in the end.

“I don’t see any need of fire brigade approach for them to hand over to a new leadership by December.

“The committee is expected to focus their attention on Edo State because the Edo State election will determine the strength of any new leadership.

“Holding the convention in December would also not give the party the desired results needed because the National Assembly will soon enter into the budget presentation and defence sessions.

“Also, ministers will begin to make appearances in the National Assembly from October until November.

“Some of the ministers would also need to travel to their wards and make adequate preparations for the Congress.”