Minister calls for synergy between TCN, IBEDC for improved services 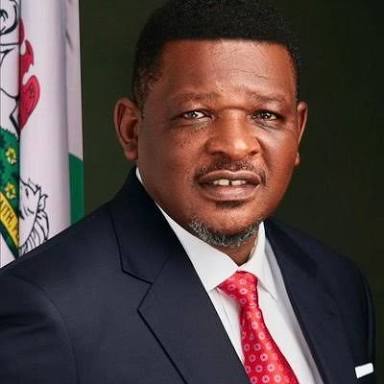 The Minister of State for Power, Mr Goddy Jedy-Agba has called for synergy between the Transmission Company of Nigeria (TCN) and Ibadan Electricity Distribution Company (IBEDC) for improved services to customers.
He made the call on Thursday during a facility tour of the IBEDC Interchange Injection Sub-Station and TCN’s Ayede Sub-Station in Ibadan.

The minister was accompanied by Chief Akintunde Ayeni, the Chairman, IBEDC board and Mr John Ayodele, the IBEDC Chief Operating Officer.

NAN recalls that a section of the Ayede TCN sub-station in Ibadan was on Feb. 5 razed by inferno which subsequently had affected the services of the IBEDC.

Jedy-Agba said that he was in Ibadan to see what could be done to improve the services of distribution companies to customers.

“We are here to see what is on ground and what should be done to support the TCN, so that the disco can provide services to Ibadan and its environment,” he said.

The minister called on the two companies to work together to ensure that their customers in Ibadan and environs enjoyed quality services in terms of power supply.

However, the IBEDC as part of efforts to improve its services and ensure customers get value for their money has upgraded the IBEDC Interchange Injection sub-station in Ibadan.

Abimbola said that the newly upgraded switchgears was aimed at boosting power supply to their customers in Ibadan and environs.

“This newly upgraded switchgears will boost power supply to Ibadan and its environs. It will also help in detecting any fault as it occurs on the field,” he said.

Also, Abdulrazak Jimoh, IBEDC Technical Manager, Molete Business Hub, corroborated Abimbola’s explanation, saying that the project was one of the company’sefforts towards meeting demand of their customers.

Jimoh said that the project would take care of expansion, while the company was planning on other projects aimed at further improving its services.

He said that the company was more committed to improved service delivery to its customers.(NAN)

All rights reserved. This post: 'Minister calls for synergy between TCN, IBEDC for improved services' and other digital content on this website, may not be reproduced, published, broadcast, rewritten or redistributed in whole or in part without prior express written permission from Anambra City News.