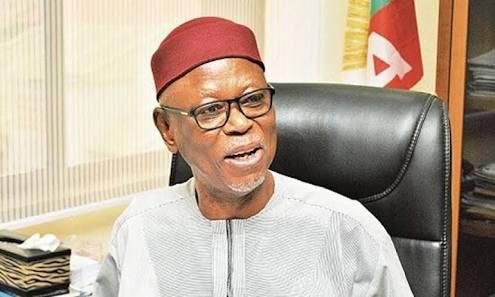 Former National Chairman of the All Progressives Congress (APC), Chief John Odigie-Oyegun, has disclosed that he refused to campaign for the party in the run up to the Edo State gubernatorial election held on Saturday, September 19th, 2020, because he cannot support injustice.
At a press briefing in Benin, Chief Odigie-Oyegun said: “I am a man of conscience. I am a strong believer in justice and fairplay. I am a strong believer that when the rules of an association you belong to have been so flagrantly disregarded, put aside, not complied with.
“Then you have to go back to your conscience to say, ‘can I support what has happened? Can I not support what has happened?’
“I cannot support injustice in terms of going out to work for injustice. Going out to say what I, in my conscience, consider wrong and now supporting work for it to be instituted. I can’t do that. And normal people should not do that.
“Your loyalty in life should be to what is right. Every human being must live for something. If you’re ready to kill a man you know did not commit a crime then something is wrong with you obviously.”
According to Chief Odigie-Oyegun, “even if a family member commits a crime you have to admit he has committed a crime. When you start shouting that he has done nothing wrong then something is wrong with you.
“So, it is a basic issue of principle. It is a basic issue of conscience and the firm believe that a group you belong to have committed a grave injustice. When that happens if you’re a man of principle, if you’re a man who respects yourself then you will point it out. And then stand back and watch.
“In any case, don’t forget that at every stage my views were known. You know that. It is not that I hid and said nothing. No, I said something that what is happening is wrong and you cannot support what is wrong,” he added.

All rights reserved. This post: 'Edo 2020: Why I did not campaign for APC – Oyegun' and other digital content on this website, may not be reproduced, published, broadcast, rewritten or redistributed in whole or in part without prior express written permission from Anambra City News.