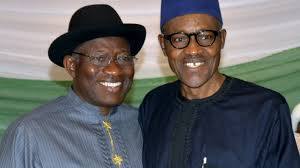 President Muhammadu Buhari on Saturday approved the naming of the Agbor Railway Complex after his predecessor, Dr Goodluck Jonathan

The Special Assistant to the President on Digital and New Media, Tolu Ogunlesi posted the approval Twitter Handle.

“President @MBuhari has approved the naming of the Railway Complex in Agbor-the operational hub of Itakpe-Warri rail line after President Goodluck Jonathan. It will be known as the Goodluck Jonathan Railway Station and Complex,” he tweeted @toluogunlesi.

Similarly, Minister of Transportation, Rotimi Amaechi says a test-run of coaches on the Itakpe-Warri standard gauge rail line has commenced.

“Today, we started test-run of the newly delivered coaches on the completed Itakpe-Warrior standard gauge rail line,” he noted.

The test-run earlier slated for April had to be suspended as a result of the coronavirus pandemic which also led to the temporal stoppage of rail transportation by the Nigerian Railway Corporation, NRC.

The 276 km rail line links Warrior in Delta and Agenebode (Edo) to Ajaokuta in Kogi state.