The controversial cleric asked that they should rather be respected and accorded human rights. 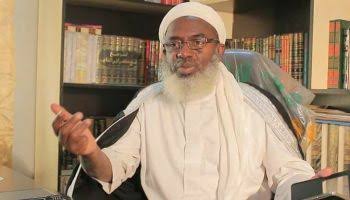 The controversial cleric asked that they should rather be respected and accorded human rights.

“The bandits also have empathy as we have; they have families, children. The first step is to use psychology on them. They aired their grievances and are ready to change.

“They should be respected and should be given all the human rights everybody has,” Gumi said Thursday at a peace conference by the Center for the Advancement of Human Dignity and Value held at Arewa House in Kaduna.

The controversial self-appointed mediator to assist in finding a solution to banditry, Gumi, said Nigeria will spend less to enlighten bandits than it is spending on arms and ammunition, Peoples Gazette reports.

“Some are suggesting killing them. All because they are killing. For three year’s you have spent $1 billion, and now you need another $1 billion. But, I said one-third of that will enlighten them, and they will stop killing. Have you tried it? Nobody tried it,” Gumi said.

Contrary to Gumi’s stance, Katsina Governor Aminu Masari said he bemoans that bandits have continued with their criminal activities despite being granted amnesty.

In July, bandits bombed a Nigerian Air Force jet in Zamfara and attacked the Nigerian Defence Academy Kaduna in August, killing two and abducting a Major.