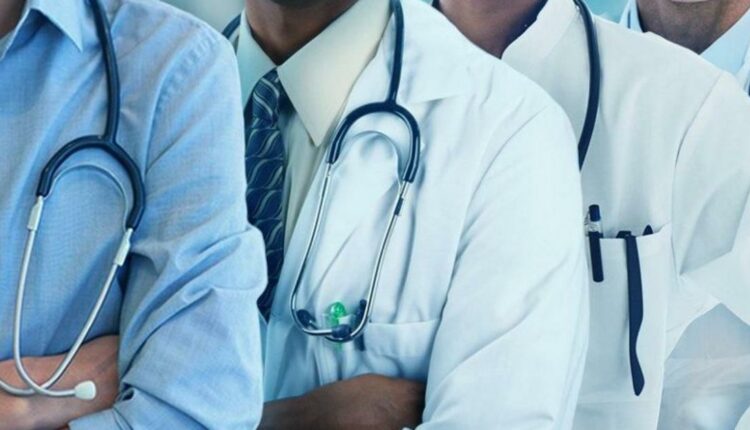 The National Association of Resident Doctors, (NARD) has directed its members across the country to proceed on a nationwide industrial action from Monday next week in protest against what it described as government insensitivity to their general welfare.

The only conditions upon which the proposed strike could be shelved according to them will be if government effects immediate payment of the medical residency training funding to all its members as approved in the revised 2020 budget; provision of genuine group life insurance and death in service benefits for all health workers; payment of the outstanding April/May and June COVID-19 inducement allowance to all health workers and determination of the revised hazard allowance for all health workers as agreed in previous meetings with relevant stakeholders, among others.

The association in a communique it released Friday, in Abuja, said it has resolved to commerce an indefinite strike with effect from Monday September 7 2020.

In the communique issued by NARD at the end of its virtual National Executive Council meeting held on September 2 and signed by its President, Dr. Aliyu Sokomba and Publicity Secretary, Dr. Stanley Egbogu, it also demanded immediate payment of the salary shortfalls of 2014, 2015 and 2016 and payment of all arrears owed our members in federal and states tertiary health institutions, arising from the consequential adjustment of the national minimum wage.

NARD said despite the inclusion of the residency funding in the revised 2020 budget the government has not made plans to implement the payment despite several promises by several stakeholders.

While accusing the Federal Government of failing to procure group life insurance and death in service benefits for all health workers, NEC said that though an agreement has been reached between the government and stakeholders in the health sector to pay COVID-19 inducement allowance for six months (April – September), payment was only commenced for April, May and June in some institution and the process abandoned.

The communique reads “NEC observed the insincerity of the government in determining the revised hazard allowance for all health workers which was supposed to commence in September 2020.

“NEC noted non-payment of the outstanding salary shortfall of 2014, 2015, 2016 under the guise of the so called appeal of the National industrial Court decision that granted the judgement in favor of the payment in the first place by Federal Ministry of health.

“NEC resolved to proceed on an  indefinite  nationwide strike action from Monday September 7 2020 by 8:00am until the conditions are met.

All rights reserved. This post: 'Resident doctors to begin nationwide industrial action on Monday' and other digital content on this website, may not be reproduced, published, broadcast, rewritten or redistributed in whole or in part without prior express written permission from Anambra City News.