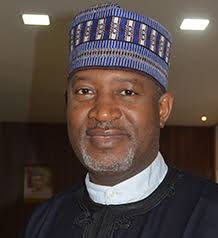 The federal government says henceforth only airlines from countries that allow flights from Nigeria will be allowed to fly into and out of Nigeria.

The Minister of Aviation, Hadi Sirika who spoke at Thursday’s briefing of the Presidential Task Force on COVID-19, said the development was informed by the ban placed by some countries on flights from Nigeria.

Nigeria will be opening its airspace for international flights resume on August 29, 2020 and is expected to enforce the principle of reciprocity in granting permission to airlines to resume operations into the country accordingly.

Sirika noted that airlines from the European Union would not be allowed into Nigeria as the EU had recently banned flights and visitors from Nigeria.

The Council of the European Union had opened its borders to 15 countries, excluding Nigeria on July 2.

The minister, who was represented by the Director-General, Nigerian Civil Aviation Authority, Capt. Musa Nuhu, argued that the decision was taken in the interest of Nigerians.

“On the list of countries (that are banned), we are working on the comprehensive list, but the main one that came up is when the EU opened their borders effective 1st July, Nigeria was among the list of 54 countries that were not allowed to enter the EU.

“To my understanding, as the situation changes, they are going to look at the list and change it. But so far, we don’t have any contrary information to that first one that Nigeria is banned from going to the EU.
“So, as we open our airspace, we are going to apply the issue of reciprocity to those (EU) countries.”

Sirika also stated that airlines would be informed on arrangements that had been put in place to ensure that the resumption of flights were hitch-free.

He stated that for now, only a few flights per day would be permitted, adding that they would operate as test runs of the protocols put in place to ensure the safe return to international operations.
The protocols, according to him, would be made public in due course.
Sirika also stated that inbound international passengers would be limited to 1,280.