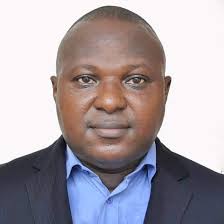 The Journalists International Forum For Migration (JIFORM) has called on the National Agency for Prohibition of Trafficking In Persons (NAPTIP) to lead a review of anti-human trafficking strategies in Nigeria as it insisted that human traffickers and their agents soiling the image of the nation must be prosecuted.

The forum said while it appreciated the speedy rescue of the 30 stranded Nigerian ladies trafficked to Lebanon enlisted to join another 120 through the efforts of the Nigerian foreign mission fast tracked by the Nigerians in Diaspora Commission (NIDCOM), the embassy of Nigeria in Lebanon and the tacit support of the Nigeria Immigration Service (NIS), however posited that “it is not yet Uhuru on war against human trafficking in Nigeria.”

The forum President, Ajibola Abayomi in a statement issued on Wednesday said although the NAPTIP has put up superlative performance by securing close to 400 convictions and thousands of arrests in last 14 years of its establishment, there was still need for a change of strategy, review of structure and improved inter-agencies collaboration to achieving better results are now expedient given the overwhelming reports concerning the numbers of trafficked Nigerians abroad.

“Recently the NAPTIP confirmed one of our findings that there are over 5,000 Nigerian ladies trafficked to Lebanon alone, in Saudi Arabia they are over 2000, Dubai and Oman, we have over 4, 000 while at our backyard in Africa with series of undocumented migrants there are over 20,000 each in Mali and Libya Nigerian ladies that had been respectively trafficked, just to mention a few.

“While we are not heaping all the blames on NAPTIP, it is obvious that its internal mechanisms geared towards preventive measures and accelerated rescue operations must be strengthened. As the rescued ladies would be handed over to NAPTIP after arrival in Nigeria, our worries are what become of them in terms of sincere medical assistance and reintegration on the part of the authorities in Nigeria.

The JIFORM President noted that: “Foreign missions in Nigeria like the International Organisation for Migration (IOM), United Kingdom’s Department for International Development (DFID) and the European Union (EU) are rendering support they can. In July, the IOM facilitated the return of 109 Nigerian migrants from Mali with the support of the DFID and the EU through its Regional Direct Assistance Fund. But for how long will they shoulder our responsibility as a nation?

“We are equally bothered that a recent assessment by IOM revealed that 96 per cent of 105 Nigerian returnees consulted in Edo and Delta states were worse-off financially while the United Nation’s agency had also between April and July 2020,  ensured that 839 returnees across various projects have received reintegration counseling including socio-economic assistance from in Nigeria.

“It is on record that since 2017, 629 Nigerians, mostly women between the ages of 18 and 25, have returned voluntarily from Mali with support from DFID and the EU through the EU-IOM Joint Initiative for Migrant protection and reintegration, therefore, the Nigerian government must copy this good examples while the need to enlarge empowerment for her citizens to stem irregular migration is now a reality.”

Ajibola said the war against human trafficking denting the nation’s image must be fought from all fonts with required zeal.

To this end, JIFORM recommends that the Federal Government through the Executive arm of government approve recruitment of more hands to strengthen NAPTIP, amend relevant laws to allow the agency has its own official uniform and arm unit with the required funding.

NAPTIP needs to be represented at every 774 Local Governments in Nigeria, they must as a matter of urgent importance be included in the states security structure, form a synergy with the NIS at the airport, land and sea borders to perform specific oversight functions because the immigration officers cannot stop any valid visa holder from travelling outside the country.