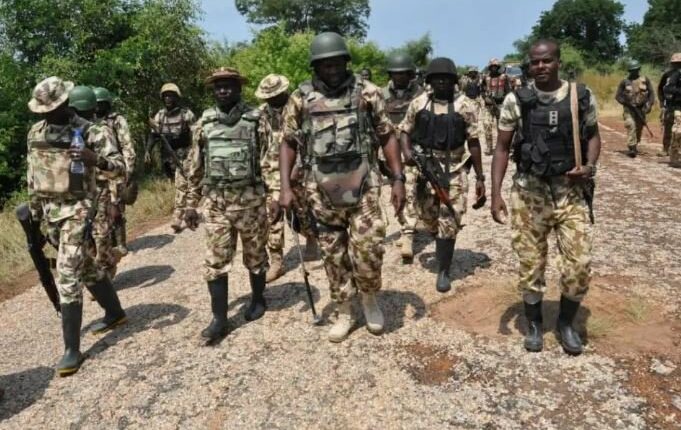 About 100 suspected bandits terrorizing residents of the North-West geo-political zone of the country have been killed in the last two months by troops of the Operation Sahel Sanity based in the Faskari council of Katsina state,

Aside the arrests, 107 kidnapped victims were also rescued.

“So far, in all the operations conducted, 100 armed bandits were neutralised, a total of 3,984 cows, 1,627 sheep/rams and 3 Camels recovered, 148 suspected bandits and 315 illegal armed miners were arrested.

“In all the search and rescue operations carried out, 107 kidnapped victims were rescued, 20 bandits informants and collaborators, 6 arms suppliers, 13 rustled cattle marketers and 32 bandits’ logistics suppliers were arrested.”

“The people of the North-West zone of the country are also appreciated for their cooperation in providing credible information for the success of the operations. They are also encouraged to continue to avail the troops with actionable information that would aid the desired goal of the operation. They are further reassured of the Nigerian Army’s commitment to restore total peace in the zone and indeed the whole country,” the statement concluded.