#EndSARS: SUV runs into protesters in Alagbado area of Lagos

......two feared dead and many injured 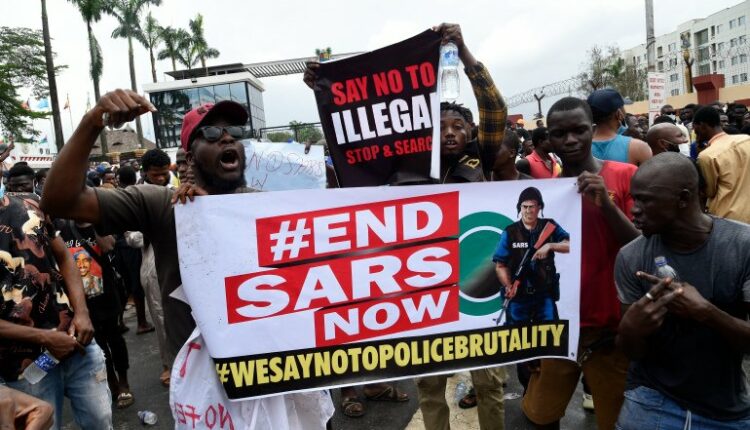 Two persons were reportedly killed and many others injured, on Wednesday, when a Sports Utility Vehicle ran into #EndSARS protesters at the Alagbado area of Lagos State.
While some eyewitnesses said the SUV deliberately ran into the peaceful protesters, others said it was an accident.
Those who were injured in the accident have been taken to the hospital,
Angry protesters were said to have attacked the unidentified owner of the SUV and a tricycle that was also involved in the accident.
The #EndSARS protests have continued despite the Federal Government’s disbandment of the Special Anti-Robbery Squad and the approval of the five-point demand of the protesters.
The protesters are demanding the scrapping of the newly created Special Weapons and Tactics unit, saying that the Inspector-General of Police, Mohammed Adamu, had only changed the name, “SARS”.
Protests went on in major areas of Lagos, including Alausa, Iyana Ipaja, Oworonshoki, Amuwo Odofin, Ojodu-Berger, despite the heavy rain.
Protesters also blocked the Lekki Tollgate, forcing road users to take alternative routes.

All rights reserved. This post: '#EndSARS: SUV runs into protesters in Alagbado area of Lagos' and other digital content on this website, may not be reproduced, published, broadcast, rewritten or redistributed in whole or in part without prior express written permission from Anambra City News.